Actor Anushka Sen is a well known face in the television Industry. All of 18, Anushka commands nearly 14 million followers on social media and will soon be seen making her debut with the ALT Balaji  and ZEE5 series titled Crashh. The actress has also shared screen with former Indian cricket team captain MS Dhini in 14 ads and they share a beautiful relationship. In an exclusive conversation with Bollywood Hungama, Anushka Sen opened up about working with MS Dhoni and the relationship they share. 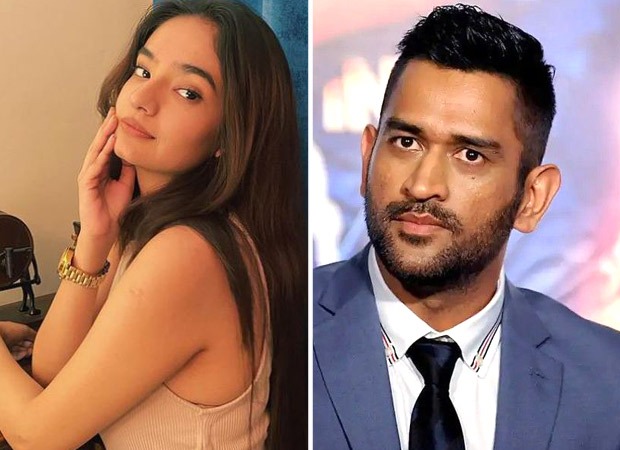 Talking about the first time she met Dhoni, nearly seven years ago, Anushka said, “I always feel surreal when I meet him. The first time I met him, it was in 2014, so it was 7 years back. So, I was 12 and I was like ‘wow I am meeting MS Dhoni’ and he is captain cool and we have seen him on TV and he is always my favourite cricketer no matter what. He is from Ranchi; I am from Ranchi. So, I always had this excitement. The first time I met him I remember it was in his vanity van. The team was like before shooting why don't you go and meet MS. I am like ‘really wow yay’. I met him and I am an extrovert. I like talking to people. I immediately connected with him and I told him I am from Ranchi, you are from Ranchi. We felt a connection, The best part is Mahi Chahcu, that's how I call him, it's been so many years I have done 14 ads with him. From 2014 and now it is 2021, I have always called him Mahi chachu and he calls me Chikki, so it is always like a Chachu-chikki relation which we have.”

“He is the most humble celebrity that I have met. And I think meeting him has taught me a lot. The number one thing that I will say is that this generation or any generation and everybody should learn is that he is a celebrity and has represented India for many years and has been the captain and he is very down to earth. And not only towards me but the entire set has a good time shooting with him. He has no tantrums. He will just sit and be like Anushka, ‘can you say this?’ and he will give you tongue twisters and I am like ‘I don't know how to say this’ and we have a very beautiful relationship. I love working with him and I have learnt a lot. My dad always reminds me no matter how famous you become, no matter where you go in your life, always remember Mahi Chachu, Mahendra Singh Dhoni, is so humble, so always be down to earth. I always keep that in my mind,” she added.

ALSO READ: Mahendra Singh Dhoni to produce a mythological sci-fi web series based on a book