Last Updated 27.09.2021 | 11:23 PM IST
feedback language
follow us on
Bollywood Hungama » News » Bollywood Features News » EXCLUSIVE: “Ankur Tewari thought I did not get a fair chance in Gully Boy and recommended me to Farhan Akhtar”- Rapper D’Evil on making Todun Taak for Toofaan

One of the first songs to release from the now streaming film Toofaan was the song Todun Taak. Toofaan starring Farahan Akhtar takes us through the journey of a man who goes from being a street fighter to a national-level boxer. Even before the release of the film, the song had garnered over 20 million views. Rapper D’Evil aka Dhaval Parab who was part of a rap battle with MC Sher (Siddhant Chaturvedi) in the 2019 film Gully Boy wrote and rapped the song Todun Taak. In an exclusive conversation with Bollywood Hungama, D’Evil spoke about the process of making ‘Todun Taak’ and how the film Gully Boy changed the hip-hop scene in India. 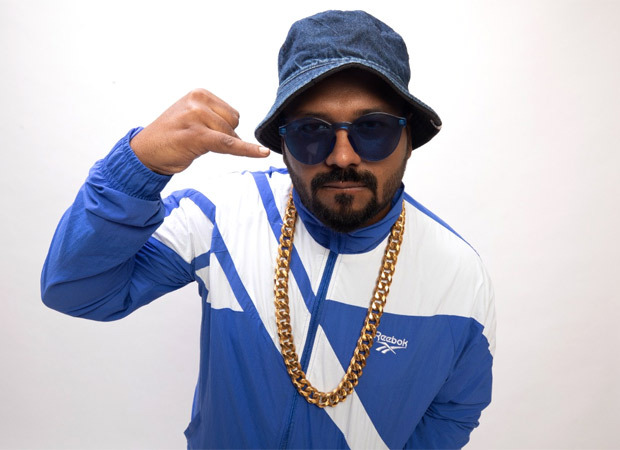 It was Farhan Akhtar who had reached out to D’Evil out-of-the-blue during the lockdown asking if he would like to work on a song for their film. "Farhan got my number from Ankur Tewari, who was the music supervisor on Gully Boy. He thought that I did not get a fair chance in Gully Boy to rap and that I should get another fair chance in Bollywood to do something. So he recommended me to Farhan saying that ‘there is rapper called D'Evil. and I think he is a perfect fit for your song’. As soon as that happened I got a message from Farhan and he asked me if I would be interested in doing a song for Toofaan. At first, I did not believe him and thought someone was pulling a prank on me. But I called back on the number to check if it was really Farhan Akhtar. I called him and he said, Hi, what’s up?  I was waiting for a call from you and we have this movie and I want you to rap for it’. When I asked him who is composing for it, he said Dub Sharma. And I was really excited because Dub Sharma is a very good friend of mine. We worked together in Gully Boy and wanted to do this project together. I was excited that Farhan is in the film, playing the main lead with Rakeysh Omprakash Mehra as the director. Shankar Mahadevan was the music composer. I was going to be working with really legendary people. And I just could not say no to Farhan. It was a dream come true," he said. D’Evil also penned and sung the title song ‘Dekh Toofaan Aaya’ for the film.

In order to pen the lyrics of the song ‘Todun Taak’, D’Evil had an elaborate chat with the director Rakeysh Omprakash Mehra who helped him understand Farhan’s character Azi Ali the boxer and Ajju Bhai the gangster and his relationship with his coach Nana sir (Paresh Rawal).  "On a video call, Rakesyh sir was explaining to me that the character is from Mumbai city and he is from Dongri. Dongri is an inner-city in Mumbai and not a slum anymore. The character of Ajju Bhai or Aziz Ali boxer comes from this particular background- Dongri, Mumbai. How does he approach boxing and what would boxing mean to someone like him who knows nothing about the sport and used to be a goon at one point, who would beat people up for money. Fighting was his passion but how would that person be when he becomes a boxer. How would he approach boxing? The first thing that you would do to approach boxing is by saying boxing for me is just fighting, it is ‘tod fod, todne fodne’. All these things were explained to me.That helped me pen down the lyrics for this character. The song comes at a particular situation in the film. It is a situation-based song and the complete situation was explained to me. I also had to get a chain of thoughts that the boxer, this particular character has," he explained.

Talking about the use of ‘Todun Taak’ as the catchphrase of the song, D’Evil explains, "In the movie, Paresh Rawal uses the word Todun Taak. Todun Taak in Marathi means 'tod de' or break it. In the film, you will watch the real meaning behind the phrase 'Todun Taak'. We are using it in the rap only because of the film. I would have never have used 'Todun Taak' for any of my songs, This was used because it is a part of the film. There is a huge reason why it is there in the film. It says a lot about the relationship between Farhan and Paresh who is the boxing coach. Todun Taak is the connection between them, the communication that they have. This was the word given to me 'Todun Taak' and I was told to make something around it.

D’Evil is one of the most accredited members of the Mumbai underground hip-hop community. Quite a veteran in the Mumbai rap circles for his booming sonic wordplay, he gained critical acclaim in the music scene with his first two solo singles ‘Kadki’ in 2016 and ‘Chal Bhak’ in 2018. He is a creative powerhouse shuffling between acting (Nawazuddin Siddiqui's Freaky Ali), illustration (Mr. Doodlekar) and scriptwriting.  But what got him Toofaan was Gully Boy. Zoya Akhtar’s Gully Boy introduced several people to the hip-hop scene in India. When asked about how the film has helped the hip-hop scene in India, D’Evil said, "The reason I am glad that Gully Boy is out there is that a lot of people in India have no idea what we do. Now it has become easier to explain what we do. Still, there are people who are quite old and not connected to the latest music trends. They would always ask me what exactly I do. These are people who are concerned, while there are some people who just assume what we do. Then there are people who are really curious. If they watch this movie they will get a clear understanding as to what this is, hopefully, because there are people with different minds, different understanding. But if somebody is really interested in knowing us and knowing our culture and knowing our profession especially, Gully Boy is something they can always watch or something we can always refer to them.  Through Gully Boy one can understand what we do and what are our struggles and the emotions we go through."

"It did bring a lot of change and also helped us get a lot of work because Gully Boy when it came out, hip-hop as a genre started trending a lot in India because everybody wanted to listen to hip-hop and rap and wanted to know what it was. They wanted to know the people who do it. Who is DIVINE, D’Evil and where do they come from and that gave us a lot of listeners and a big platform. Gully Boy is good for people who are in it and also for people who are not in it also but actually a part of the hip hop community," he concluded.

“He made me cry”- Shahid Kapoor talks about…

HITS AND MISSES OF THE WEEK: Kiara Advani,…