Esha Deol, who has been in the acting profession for 20 years, marked her milestone on Tuesday. She thanked producer Boney Kapoor and late actor Sridevi for launching her in a lengthy post on her social media. Her parents, Hema Malini and Dharmendra, were also tagged in the tweet. 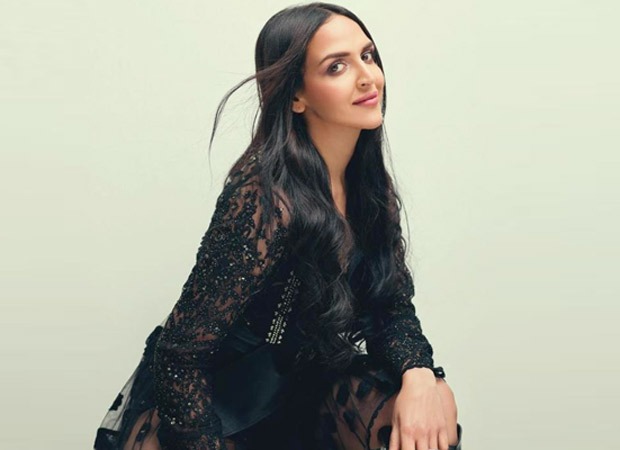 “This day 20 year’s ago I made my entry into this beautiful magical place called “Hindi cinema”, ” Bollywood ” ‘the Indian film industry”. My heart is filled with gratitude & love for everyone associated with this journey of mine so far. All thanks to someone very special in my life who spotted me back then . He is none other the main man who believed in me, Mr Boney kapoor who fondly call Boney uncle & his beloved Sridevi ji. Much gratitude to the both of you for launching me,” tweeted Esha Deol.

She also talked about how she started shooting for her debut film, Koi Mere Dil Se Poochhe, when she was 18 years old, and how it won her Best Debut Actress at Filmfare and Screen Awards. She penned, “Can never forget the huge hoardings of mine Boney ji had put up all over town which read ” introducing Esha Deol ” with a stunning pic of mine clicked by Atul kasbekar ( still one of my favourite pics to date) also have such wonderful memories of filming with my director mr. Vinay Shukla & all my co stars of the film Aftab , Sanjay , Anupam ji & the lovely Jaya Bachchan ji my Jaya aunty . You all eased me into performing , giving me tips & giving me guidance. What a wonderful time we all had during the shoot of the film To the journey that continues….. A big shout out to everyone associated with all the films that I have done so far , all my costars, directors & producers . It’s been absolutely lovely.”

#20yearsinbollywood love & gratitude to all my well wishers ,fans & to my film industry ????????♥️???????? @BoneyKapoor ji for launching me . @aapkadharam @dreamgirlhema mamma papa I love you. pic.twitter.com/sxs6oR0m7s

"Because of you, I am," she said at the end of the message, thanking her followers for their support over the years. Esha said that she is looking forward to more amazing work, projects, and parts in "my most favorite place that I call home..... my film industry," as she returns this year with her OTT debut Rudra with Ajay Devgn. My mamma & papa I love u! Love & gratitude, Esha Deol your Dilbara your DHOOM girl.”

The actor wrote in the caption, “#20yearsinbollywood love & gratitude to all my well wishers ,fans & to my film industry. @BoneyKapoor ji for launching me . @aapkadharam @dreamgirlhema mamma papa I love you.”

On the work front, Esha Deol will next be seen in the Disney+ Hotstar web show Rudra, alongside Ajay Devgn, after starring in the 2019 film Cakewalk.