South Korean pop group ENHYPEN is gearing up for their first comeback. The 4th generation group consists of seven multinational members Jungwon, Heesung, Jay, Jake, Sunghoon, Sunoo, and Ni-ki. After making their debut with the album 'Border: Day One' last year, the group is set to release 'Border: Carnival' on April 26, 2021. 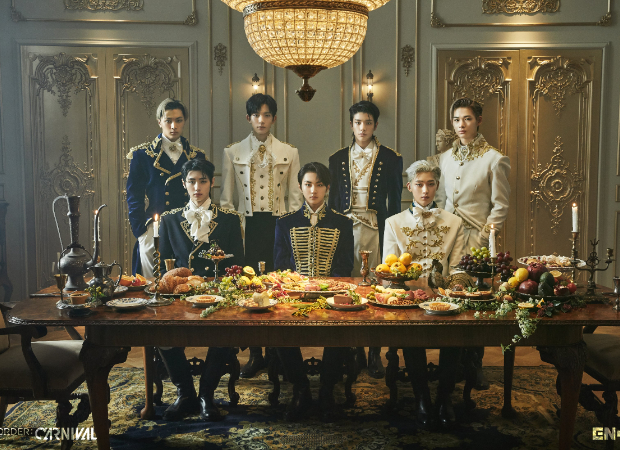 The group has released multiple concept photos and individual teasers ahead of the album release. Now, the group gives a glimpse of the album. In the video released on April 18 (April 19, midnight KST), you get to listen to the tracks for the first time including the lead track 'Drunk-Dazed', and get an idea of what the album will sound like. The video features some moments from the shoot of concept pictures and videos.

ENHYPEN is the first boyband created by Belift Lab, a joint venture between Big Hit Entertainment and CJ ENM. They were the finalists of the global music competition show I-Land, which finished airing in September 2020. Similar to the ‘hyphen(-)’ that connects one word to another, ENHYPEN means that seven different boys connect to discover one another and grow together. It also indicates their ambitious plan to connect people and the world through their music.