The Sidharth Malhotra, Shraddha Kapoor, Riteish Deshmukh starrer Ek Villain, that told a thrilling story of a serial killer, has now become a franchise. The sequel titled Ek Villain Returns has a stellar cast of John Abraham, Disha Patani, Arjun Kapoor, and Tara Sutaria. While the film is all set to release next month, the makers are will give audiences a glimpse of this thriller. As a part of their promotions, a series of photos of a masked villain is recently seen doing the rounds in public places in Mumbai. 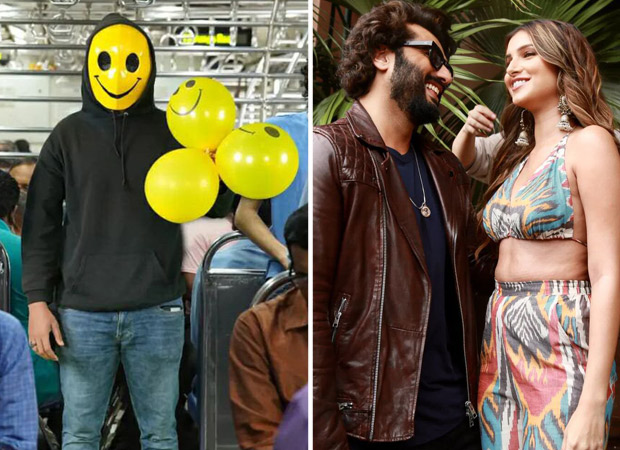 Directed by Mohit Suri, Ek Villain Returns is expected to feature a completely different set of actors, characters, and storyline. However, the concept of a villain wearing a masked smiley mask, that became synonymous with the film, will be retained in the sequel too. Keeping up with the same, the makers planned this unique strategy where a man wearing the yellow smiley mask and holding similar smiley balloons was spotted within the local train, inside an autorickshaw, and in the bus stop in Mumbai.

John Abraham, Tara Sutaria, Arjun Kapoor have come together to kick off the promotions of the Mohit Suri film. While the trailer release date is yet to be announced, Arjun had shared a few days ago that the promo of the film is almost ready and that it will be shared with everyone soon.

Speaking about the film, Ek Villain Returns was said to release on July 8 but the makers had earlier made the announcement that they have pushed the date further to July 29. Interestingly, this will be the first time John Abraham will be collaborating with Mohit Suri.  Produced by Balaji Telefilms and T-Series, the film will release by the end of next month.