Sonam Kapoor has finally shared the first glimpse of the film with the rest of the cast. She shared a photograph with Anil Kapoor, Juhi Chawla, Rajkummar Rao and director Shelly Chopra Dhar. Sharing a picture with clapboard in her hand, she wrote, "Even work feels like home with Dad & this amazing team! Here’s a glimpse from the sets of #ShellyChopraDhar’s directorial debut - #EkLadkiKoDekhaTohAisaLaga! @AnilKapoor @iam_juhi @RajkummarRao #VidhuVinodChopra #RajKumarHiraniFilms @foxstarhindi." 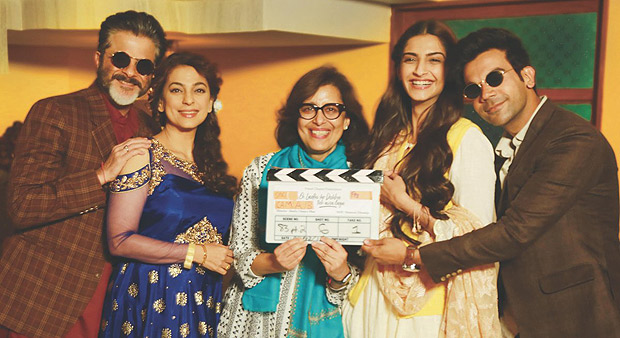 This also marks the return of Anil and Juhi Chawla after several years. She was seen alongside Anil Kapoor in many films like Deewana Mastana, Andaaz amongst others.