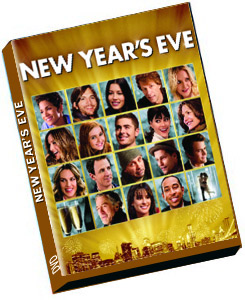 New Yearâ€™s Eve directed by Garry Marshall (who earlier directed the rom-com Valentineâ€™s Day) follows the same path as Valentineâ€™s Day in which over a dozen odd characters come together in almost half a dozen tracks running parallel. Despite a familiar treatment and knowing well in advance that the stories are bound to be connected in some way or the other towards the end, the film is a nice and breezy watch particularly for lovers of rom-com genre.

Itâ€™s New Yearâ€™s Eve (Dec 31st) and like the rest of the world, New York too is getting ready to party and bring in the New Year. The film follows the journey of an assortment of characters all of whom have their own plans for the special day. The film stars the Whoâ€™s Who of Hollywood and that in itself makes for an enjoyable watch. The first sub-plot involves Claire Morgan (Hillary Swank) who is busy supervising the Gala Ball Dropping event at Times Square in her role as the new VP of Times Square Alliance. When a technical error causes the ball to get stuck, Claire finds herself in a tight spot. The second track involves a terminally ill patient played by Robert De Niro whose last wish is to be taken to the terrace of the hospital so that he can see the Ball Drop for probably the last time. The third plot involves Ingrid Withers (Michelle Pfeiffer) who is probably having the worst day of her life when, despite working overtime, she gets peanuts as her increment forcing her to quit her job. She comes across a happy go lucky courier boy Paul (Zac Efron) who cheers her up and decides to make her day special in a rather unique way. The fourth sub-plot involves Kim (Sarah Jessica Parker) a single mother who is finding it hard dealing with her teenage daughter Haileyâ€™s (Abigail Breslin) demands. The fifth plot is a rather funny story involving two couples who are both trying to win a sum of 25000$ which is given as a prize money by a hospital to the first baby delivered in the New Year. The fifth plot involves Sam (Josh Duhamel) a loner who crashes his car and is forced to hitch-hike a ride with a crazy family to make it in time for his companyâ€™s New Yearâ€™s Eve party in New York City. There is another plot involving Randy (Ashton Kutcher) who hates the concept of New Year and how he accidentally gets stuck in his building elevator for a few hours with Elise (Lea Michele) who is getting late for her performance with a rock band at times square. Last but not the least is the track involving rock-star Jensen (Jon Bon Jovi) and how he manages to woo back his ex-girl friend Laura (Katherine Heigl).

Director Garry Marshall surely knows how to handle so many big stars together as he has done the same again after Valentineâ€™s Day. However when you have so many actors, some are bound to get lost in the crowd and thatâ€™s what happens even with veterans like Robert De Niro and Halle Berry whose track is given a bit of step-motherly treatment. Josh Duhamelâ€™s track too goes on a bit too long though it has a nice conclusion to it. The track involving Michelle Pfeiffer and Zac Efron is the best of the lot with both the actors putting in a heartfelt performance. Even Katherine Heigl and Jon Bon Joviâ€™s track makes for an enjoyable watch. Sofia Vergara and Russell Peters are sadly wasted.

The film's duration is 113 minutes

Gag Reel: A hilarious look at some of the bloopers that were recorded during the making of the film

New Yearâ€™s Eve is a nice and sweet feel-good film that is well worth your time. For lovers of the rom-com genre, and for those who missed catching this flick in the theatres, it surely makes for a nice, breezy weekend DVD watch.