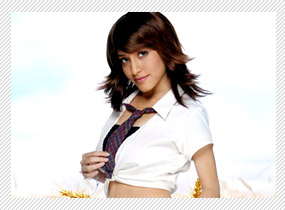 Kainaz Motivala (of Ragini MMS) had heard horror stories about Delhi and it's few of its notorious men from quite a few close associates and colleagues, especially when she was gearing up to shoot for her upcoming movie Challo Driver in the city. However, she barely escaped gaining a firsthand experience of that once she landed in the city for the film's shoot.

"It is a known fact that Delhi in general is not really considered safe for women, especially when it comes to late evenings and night. Kainaz was quite conscious about that and had made it a point not to venture out all on her own. However there is a sequence in the film where she was required to step out. Since she is playing a chauffeur in the film, she drove the car though heavy traffic situation", informs a source.

All of this was fine as long as she had a camera crew along with her. However there was a bit of guerrilla shoot also required due to which she was on her own.

"This was at a busy highway where she had to navigate through heavy traffic and also stop at toll gates", the source continues, "Even on a regular day it would have been tough for her to escape without passes being made. However for the sequence she was in a driver's attire with a passenger (her male lead Vickrant Mahajan in the film) on the backseat. Now that made for an unusual scenario and obviously there were stares all around."

Thankfully for her there were no untoward instances though it took longer than a normal duration for her to pass through the barriers. While the toll officials were puzzled to see her at the driver's seat, those around her also paused a bit before making a move since they couldn't believe a girl in a full-on glamorous persona carrying a male passenger.

"Yes, it was quite funny with so men staring at you. I had heard so many stories about Delhi but saw it with my own eyes that evening. Thankfully it all went smooth because perhaps they were just curious", she smiles.

Well Kainaz, why don't you try out driving a car around in a chauffer's attire for an entire day again and then let us know of the experience.

"Trust me, boys will get all the sympathies…

How far did the on-screen couple in Ragini…

"Ragini MMS is the scariest 'date' movie on…