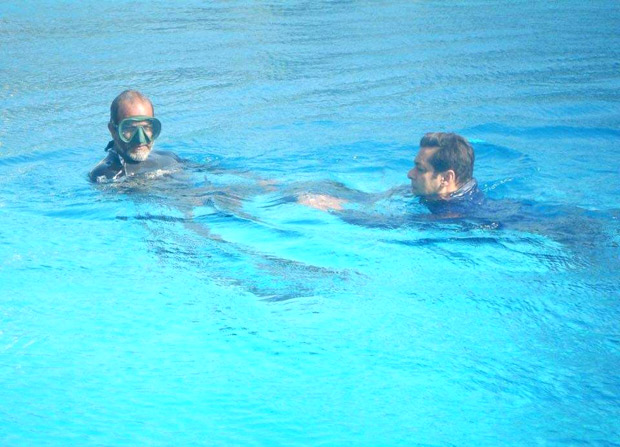 Superstar Salman Khan who has been busy working on Tubelight since last year shot for a rather interesting scene recently. It’s been a while since there has been buzz about Salman doing an underwater sequence for the said film and we recently came across a couple of pictures from the on location.

Here’s a glimpse of Salman Khan training for the underwater sequence in the film and he was getting help from popular scuba diving instructor Anees Adenwala. From what we hear, unlike other cases, the actor did not require scuba or diving gear for practice since he is a great swimmer. 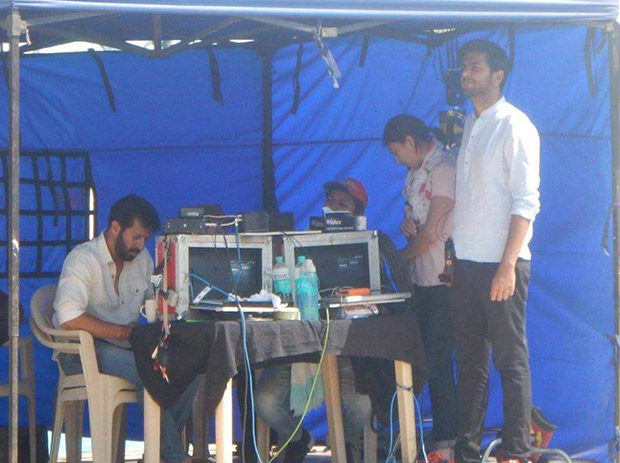 Exclaiming that Salman Khan is a water baby was trainer Anees was all praises for Salman and how he took some lapses even in cold water as a warm up session. He also had a chat with him about the scuba instructions about the breathing and how to manage the buoyancy among others. However, Anees refused to divulge details on the underwater scene from the film.

Tubelight is set to be a period drama with the backdrop Sino-Indian war between China and India in 1962. Besides Salman, the film also stars Sohail Khan and marks the debut of Chinese actress Zhu Zhu. Directed by Kabir Khan, the film is slated to release on June 23.