Disha Patani is often seen setting out major workout goals on her social media handles. Being one of the fittest stars in Bollywood, the actress also makes sure to maintain a strict fitness routine and physical activity regime. 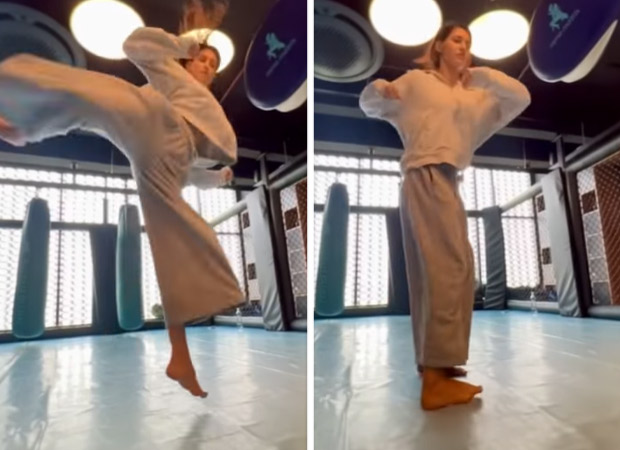 The actress on Wednesday shared a video of herself doing the cheat 900 kick. The actress wore a white athleisure outfit and went for the mid aur swirl and performed the highly tough kick. It's not the first time and surely not the last time that the actress performs such an acrobatic kick. "#cheat900kick " read her caption.

Meanwhile, on the work front, Disha will be seen in Mohit Suri’s Ek Villain 2, where she will be sharing screen space with Arjun Kapoor and Tara Sutaria. This film marks Disha’s second collaboration with Mohit Suri, after Malang. She is also a part of Ekta Kapoor’s KTina.

Also Read: Disha Patani shares the magnificent view of her ‘beautiful encounter’ in the ocean