Debina Bonnerjee and Gurmeet Choudhary announced the arrival of their first daughter in April 2022. Immediately after that, seven months later, the couple welcomed their second baby, also a daughter on November 11. Now, ten days after the birth of their younger child, Debina posted her photo with the little one. While the elder daughter is named Lianna, the couple is yet to announce the name of their second born. 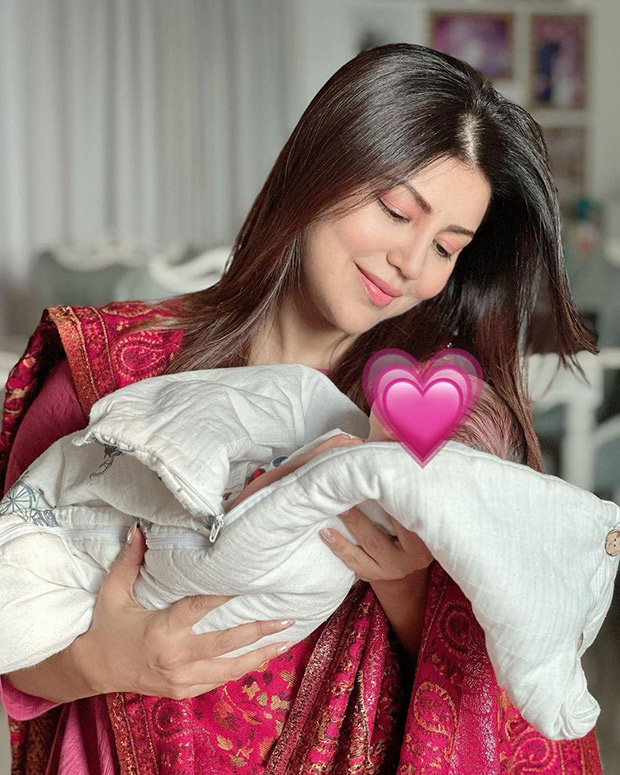 In the latest post shared by Debina Bonnerjee, the television actress posted a photo of her donning an ethnic outfit as she holds her second daughter. The baby’s face is covered with a pink heart emoji and also posted an emotional note for the new-born saying, “TO MY SECOND CHILD, You're not my first, that much is true. I loved another before loving you. I'm a different mother this time around. More calm and confident I've found. Since you came, there's a new dimension. Two children now want my attention. I was so excited first time around. This time I want to slow things down. Your 'firsts' will all be 'lasts' for me. Last crawl and last to ride my knee. You were not my firstborn this is true, But the last child I will have is you. You're the last lullaby I'll ever sing. And 'lasts' are a special kind of thing.”

Two weeks ago, Debina Bonnerjee announced the arrival of their second daughter in a post along with husband Gurmeet Choudhary, on Instagram. Along with the photo of their pregnancy photoshoot, the couple also shared a note saying, “Welcome our baby girl into the world. As ecstatic as we are becoming parents again, we appreciate some privacy at this time as our baby has come into the world sooner than due. Keep blessing and showering your continued love.”

For the unversed, Gurmeet Choudhary and Debina Bonnerjee, who met on the sets of the popular TV show Ramayana, tied the knot in February 2011. Eleven years after their marriage, the couple welcomed their first child, their daughter Lianna on April 3, 2022.