Television actress Debina Bonnerjee shared beautiful pictures on her Instagram handle of her baby shower. Gurmeet Choudhary and Debina Bonnerjee announced they are expecting a baby on February 2022. 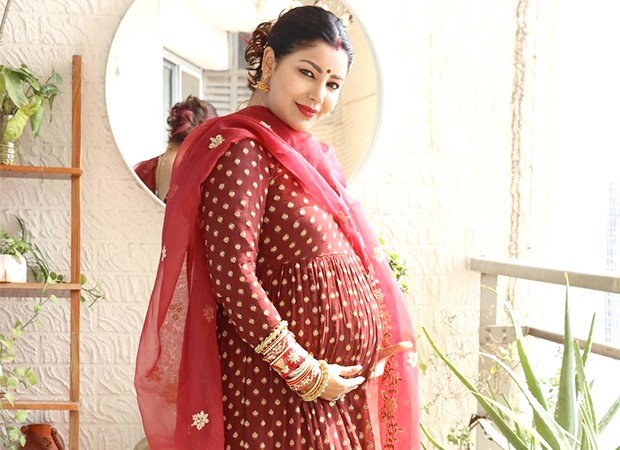 The pictures shared by Debina she is adorned in a red traditional dress with temple jewelry for her traditional Bengali baby shower called ‘Saadh’. She also added in her caption, ““Saadh” or desire in English. Desire for food of a pregnant woman is celebrated by the maternal side ( here my mother) by cooking all food the woman loves ..”Baby shower” in western country and “godh bharayi” in north India saadh in Bengali.”

She added more, “I didn’t particularly crave for anything during the whole journey .. so all things my mother could think of she cooked. Wanted to keep it private and entirely upto myself as I already feel a company ???? Sending you all wishes ????.”

On Thursday, Debina shared a black and white picture as she entered into the third trimester of her pregnancy. She showed off her baby bump and a mix feeling of excitement and multiple ending of worries and joy.