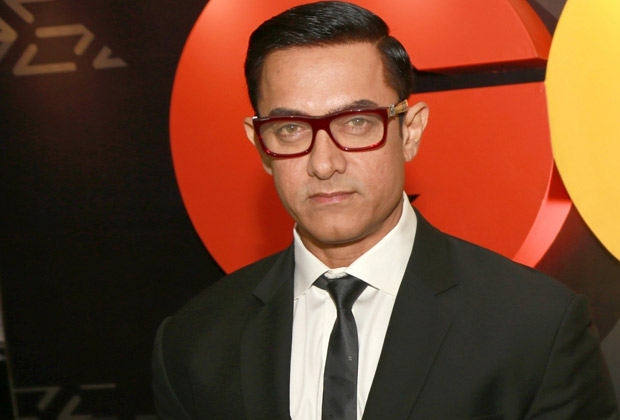 Guess the decision to do only one film at a time would result in Aamir Khan missing-in-action right through 2017. Well, as a lead at the least. Reason? The only new Hindi film that he has signed is Thugs of Hindostan and that film is slated to arrive on Diwali 2018. However, none of his contemporaries are in such generous mood as they would be releasing at least one (and in some cases even more) films in 2017.

"Let's talk about the other Khans first," comments an insider, "Salman Khan has now decided to up the ante when it comes to making films and hence in 2017, he would be arriving with Tubelight [Eid] and then Christmas [Tiger Zinda Hai]. On the other hand, Shah Rukh Khan would be seen in Raees [Republic Day] as well as Imtiaz Ali's next (rumored to be titled The Ring), which is yet to decide on a release date."

While that gives both Salman Khan and Shah Rukh Khan a lead of two films each, Akshay Kumar continues to dominate the scene with his multiple releases policy, something that doesn't change regardless of the Box Office outcome that his films enjoy.

"Exactly," chips in our source, "He already has Jolly LLB 2 [Valentine's Day release], Crack [Independence Day release] and Robot 2.0 [Diwali release] lined up. In the middle of this all, there would also be Toilet - Ek Prem Katha, which would make him dominate the theatre screens right through the year."

Ajay Devgn too would be arriving with two big films, Baadshaho [May] and Golmaal Again [Diwali release], and it would be interesting to see if Sons of Sardaar would aim for 2017 end arrival or move all the way to 2018. On the other hand, Hrithik Roshan would start the year with Kaabil [Republic Day release] before bracing up for the shooting of Krrish 4, which would keep him occupied right through the year.

"These are the Top-6 actors that we have in Bollywood today and except for Aamir Khan, everyone has a major release or two lined up," a top distributor, "Yes, Aamir Khan would actually be visible in 2017 though since his Dangal (which releases on December 23) would pretty much dominate the scene till the first fortnight of January 2017 at least. That means he won't be completely off the screens in the next year after all. Also, he would be seen in an extended guest appearance for Secret Superstar where he is apparently playing a music composer. That said, technically he still doesn't have a release in 2017."

Considering the fact that every other major actor is opting to do more films in less time now, it is remarkable to see that Aamir is still following his self-imposed rule and is dedicating himself entirely to one film. In this case, it is going to be only Thugs of Hindostan though rest assured, his fan won't quite mind if he sneaks in another quick film - where he also plays the lead role - in these two years.