Saiee Manjrekar is set to make a dream debut in Bollywood with Salman Khan's Dabangg 3. While Sonakshi Sinha will be seen reprising her part of Rajjo, Saiee, in a part, will be seen romancing Salman too. Given that there's a huge age gap between the two, was there a hiccup? She says no. 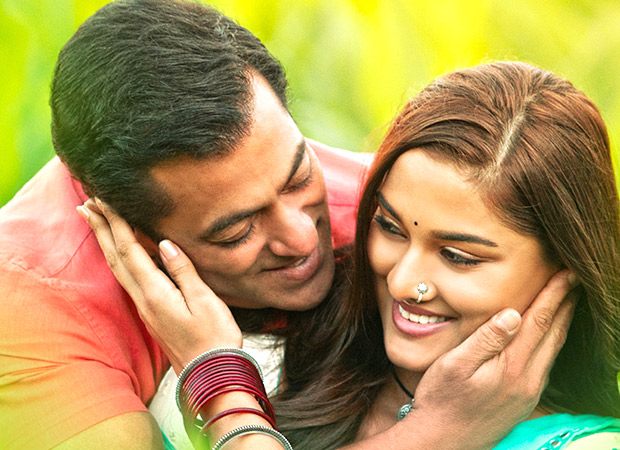 In a recent interview, the starlet opened up on how everything went so smoothly, primarily because she has known Salman for some time now. Saying that she really has a lot to learn from Salman's supreme experience, she said she was relieved that she had to romance Salman and not someone else. The age gap, she says, didn't even strike her since it was a very comfortable experience and she would also be inspired, looking at the superstar's dedication and hard-work.

The daughter of Mahesh Manjrekar, Saiee has known Salman for years now. Recently, a throwback picture of the two also went viral, and Saiee revealed how she preserved chocolate wrappers from her first meet with Salman!

Also Read: Salman Khan reveals whether he will work with Rohit Shetty and Farhan Akhtar