The super duo which has always given fans an effervescent and sizzling chemistry on screen, have given another exciting tale with their recent release. 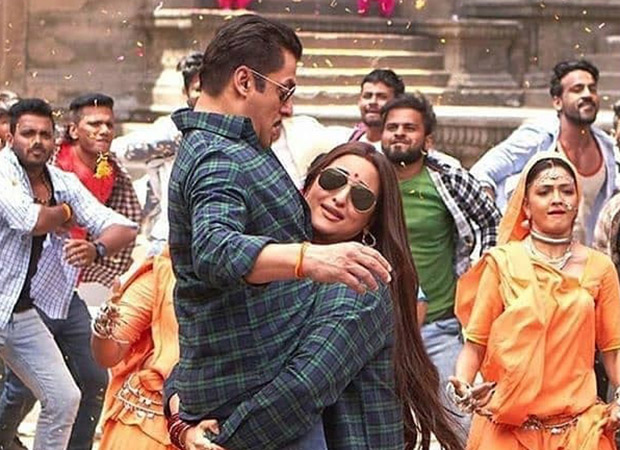 Salman Khan and Sonakshi Sinha have created some great cinematic moments in the Dabangg franchise and the 3rd part is no different!

For one of the most interesting scenes, Sonakshi Sinha lifted Salman Khan for a sequence in the 'Hud Hud' song. Yes you heard it right, the actress who has inspired us all in 2019 with her fit physique, actually lifted Salman for one of the steps!

The moment Sonakshi lifted Salman up the entire set was in shock. It has become a fun story for the entire team and one of Sonakshi's highlights of the film!

Now, isn't that quite a moment?

Salman's fans are loving all the action in Dabangg 3. One of the primary highlights of the film is the superstar's encounter with Sudeep Kichcha, who plays antagonist Balli Singh in the film.