He declares he is 50 on-screen in De De Pyar De. Because therein lies the pivot of this latest Ajay Devgn comedy, in which his character falls in love with a girl half his age (Rakul Preet) and a triangle ensues between his ex-wife (Tabu), him and her. Probably the foremost comic lead actor today, Ajay began as an action hero, and soon showed his versatility—but for comedy. Why was that? Because Ajay Devgn himself never believed he could do it! 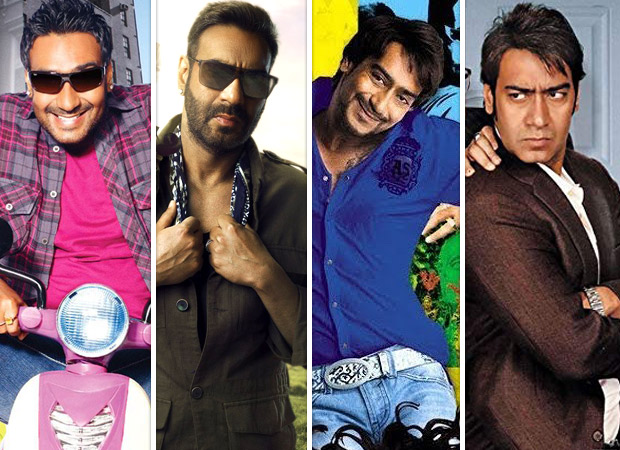 The comic life of Ajay Devgn is now thus 22 years old, because the turnaround came with Ishq in 1997. It had some really funny sequences—like the classic bank episode wherein Ajay (and other hero Aamir Khan, who was already established even in comedy) pretend to be retarded. “I did not know I had this streak. In my sequences in Ishq, I was uncomfortable,” Ajay says.

But his performance in this bank robbery sequence was much better than Aamir Khan’s, and his director Indra Kumar stresses on that. Pleased, he replied, “I was a bit conscious. At that point of time, I was a little awkward. I would say that it’s not a feeling that you can’t do it. It is about adapting to someone else’s sense of humour, which is different from the one I possess. I was also young, and my mindset was different. Now I follow my kind of humour.”

Around that time, Ajay was also co-financing Gordhan Tanwani’s Pyaar To Hona Hi Tha (inspired by French Kiss), a rom-com with Kajol. And Ishq and Pyaar To Hona Hi Tha (1998) became not only big successes, but also his only hits in those two years. So why did he green-light the latter film almost simulaneously and put it his money if he was not comfortable with comedy?

“That was a poker-faced kind of subtle comedy, which was easy! I could do it!” he smiles. The classic half-moustache sequence and his first interaction with Kajol as the flight is taking off are classic comedy moments even now.

Which kind of comedy does he think is funniest? “Oh, now both subtle and loud have merged,” he answers thoughtfully. “There is the physical kind, but there is also the writing, like in the Golmaal series. It may be a bit loud in parts, but it is serious about the humor too.” 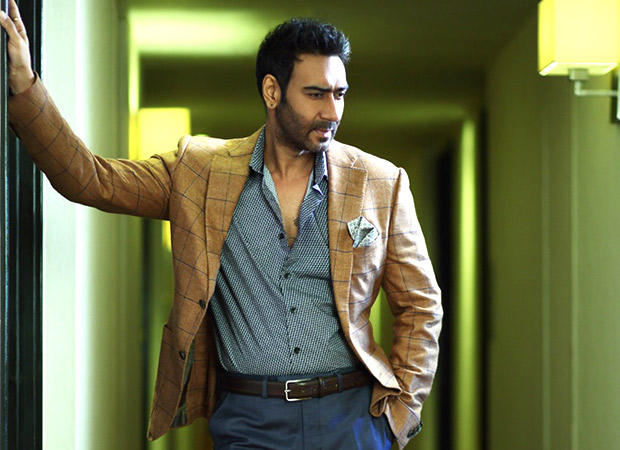 By default, he is the only actor who has acted with all the comic directors of note today—Rohit Shetty, Indra Kumar, Anees Bazmee, David Dhawan, and though not in comic films, even Priyadarshan and Sajid Khan.” You will have to ask them why they all chose me!” he smiles. “But with Priyan, there has been no comic film. With Sajid Khan, Himmatwala was a comedy in the way it turned out!”

Humour, clearly, is a part of Ajay’s persona—he is a known prankster on sets, though he claims that he did not do anything on the sets of Total Dhamaal . What was the reason? “We were all fun-loving people. Aur jab sabhi haraami hote hain to prank kis pe khele?” he answers. So let us look further at what he has done in comedy.

In his own production All The Best (2009), which came after two serious production ‘duds’ in Raju Chacha and U Me Aur Hum, and after the Rohit Shetty phase began in Ajay’s life, he played a rakish, almost caddish young man with an emotional side to him, who virtually lives off his rich friend (Fardeen Khan), a nervous dude financially looked after by his tycoon brother (Sanjay Dutt). All The Best remains among the funniest laugh-riots of Hindi cinema, with the Ajay-Sanjay clashes as its comic highlights.

Before that, Ajay’s persona had an unintentionally-funny facet in Hum Dil De Chuke Sanam (1999) as he sings a popular song with almost every syllable in a different key! And in Masti (2004), we saw Indra Kumar’s comic faith in him vindicated in his dour role of a wily police officer.

When Indra Kumar went back to Ajay, it was for his roguish con-man without scruples act in this year’s Total Dhamaal—the antithesis of his role in Masti. And that shows the complete spectrum of Ajay’s comic ability.

Ajay’s strength have always been his super-expressive eyes and facial expressions, and for comedies, he also mastered a different body language that was, in turn, adapted to every comic character he did. In Ashwni Dhir’s Son Of Sardaar (2012), his co-production, and a S.S. Rajamouli remake, Ajay battles Sanjay Dutt again in an action comedy in which he tries to save his own life, which he can only do if he continues to stay on in the latter’s house, where a guest is God, as their families have been sworn enemies! 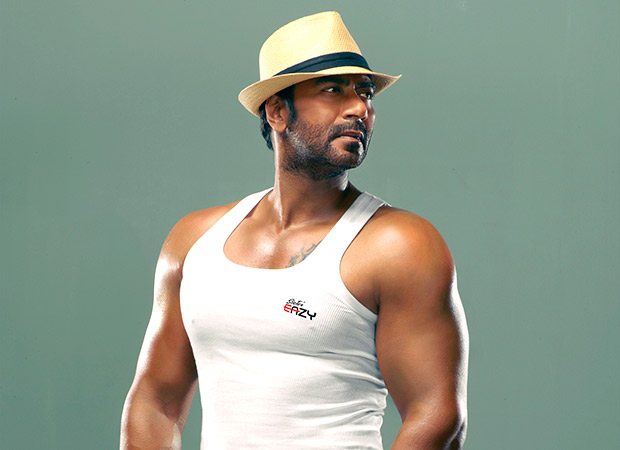 Ashwni Dhir’s other film, Atithi Tum Kab Jaoge? (2010) took the Indian belief that a guest is God and turned it on its head in a light manner. This time, Ajay was helpless at the receiving end of a strange relative who visited him and not only played havoc with his family wife but also his professional one! He then tries his best to make the guest leave, but that does not happen anytime soon!

A low-key comedy was Madhur Bhandarkar’s Dil To Baccha Hai Ji (2011), in which Devgn played a middle-class bank manager who wants to divorce his wife and likes a colleague. He was one of three friends who are all going down a romantic path to nowhere, and soon, Ajay’s character is invited by the girl’s grandmother to discuss a match for her! Here was Ajay in a different mode—a man star-crossed in love.

On the other hand, Ajay was back to his whacky comedy zone in his other 2012 co-production, Bol Bachchan. One of the funniest of Rohit Shetty’s films with him, it showed him as the stern yet kind villager who pathologically hates lies and liars. His straight-faced assassination of the English language ranks Ajay, if still necessary, as one of the supremely funny comic actors of all time in Hindi cinema!

Nothing needs to be added about the Golmaal franchise in which Ajay plays the mercurial, fist-happy Gopal. It does not matter if Gopal is conniving against an old couple (Golmaal—Fun Unlimited), lying through his teeth to his suspicious wife (Golmaal Returns), sparring with his half-siblings (Golmaal 3) or in love with a beautiful young girl he knew in childhood (Golmaal Again). Shetty has beautifully maintained the core of his character in the franchise.

Many musclemen of Hindi cinema, beginning with Dharmendra and later Amitabh Bachchan, Anil Kapoor, Salman Khan, Akshay Kumar, Suniel Shetty and even John Abraham, have joined the comic club, but in the post-Bachchan phase, probably none have had the range of Ajay Devgn’s comic life.