Rishi Kapoor’s father Raj Kapoor and singer Nitin Mukesh’s father the great Mukesh were best friends, so close as to be considered brothers. “And the tradition continued with our generation. I was close to all of Raj Uncle’s children. Our bonding began early in school. You see, the Kapoors lived in Chembur and we lived in Malabar Hills. The Kapoor girls Reema and Ritu went to one school, and Daboo (Randhir) and Chintu (Rishi) went to another school, both close to my home. The girls’ school was over an hour before the boys. Reema and Ritu and would come over to our house and wait for their brothers every day. That’s how close we were. I was close to all the Kapoor children but Chintu more than the others because he was closer my age. Of course he had a temper problem even as a child and we’d run as soon he got into that mood. But in two minutes he would forget about his anger,” says singer Nitin Mukesh son of the legendary Mukesh. 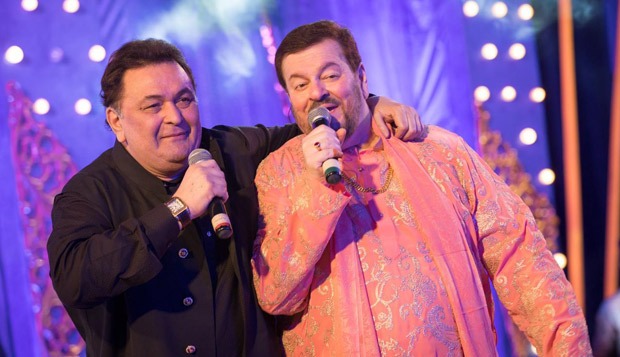 A flood of memories return as Nitin Mukesh recalls the many experiences he shared with Rishi Kapoor. “We went on several concert tours together. We were in the US, West Indies and London together. But before that we’ve spent innumerable Holis, Diwalis and birthdays together. Holi and Diwali and Raj Saab’s birthday on December 14, we of the Mukesh family had to be there at the Kapoors’ residence in brand new clothes. Papa (legendary singer Mukesh) would get new clothes for us for all the three occasions at Raj Uncle’s place.”

The friendship between Mukesh’s and Raj Kapoor’s family has continued over the years. Says Nitin Mukesh fondly, “Chintu attended my sister’s wedding , then my brother’s wedding, and then he was there throughout at the Grand Maratha in Sahar for my daughter’s wedding. And then Chintu’s daughter Ridhima got married in exactly the same venue and in exactly the same way. That’s how close Chintu was to me. The fondness between us was bequeathed to us from our fathers. My father lived with us in a one-room tenement on Napean Sea Road. Raj Saab never let us feel we were economically below him. He would drop in at 3 am and the entire neighbourhood would know THE Raj Kapoor had come to meet his dear friend Mukesh.” 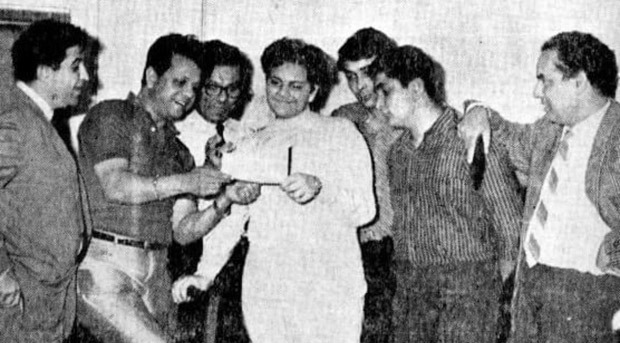 Nitin Mukesh shared a similar friendship with Rishi Kapoor. “He always made me feel special. When I bought property in Powai (outside Mumbai) Chintu also did the same. When I bought my first luxury car he was there to cheer me, this dear dear friend who owned a fleet of luxury cars…he’s no more there to make me feel special,” Nitin breaks down and cries, remembering the last time Rishi Kapoor came home.

“It was the day of Ganpati visarjan and Chintu had landed the night before in Mumbai after his medical treatment in the US when at 9.30 am my wife woke me up urgently to say Chintu was home. He had landed and probably not slept at all and come straight to my home. He had never missed a single Ganpati in my house. That was the love that he had for me. That was the friendship we shared. Chintu always used to tease me that the first song he sang on screen was by my father and not me. You see in Mera Naam Joker when he was 14, I sang that snatch of a song ‘With A Cheer, Not A Tear’ for him. However my father also sang a song ‘Teetar Ke Do Aage Teetar’ for Chintu in Mera Naam Joker. So Chintu insisted he sang my father’s song first. But I confirmed with Raj Uncle and he told me my song was recorded and

filmed first. So Chintu, this one goes to me.And that’s how I’d like to remember you, With a cheer, not a tear.”