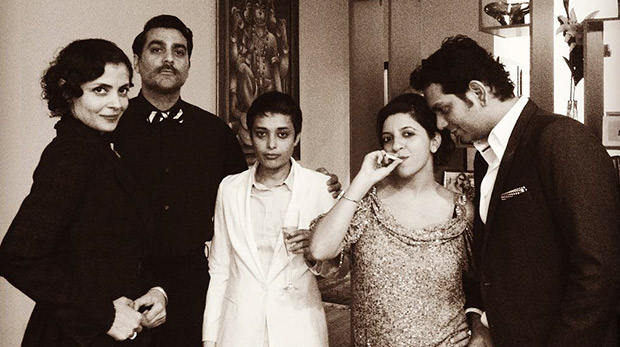 Bollywood celebrities have taken to social media like fish take to water, constantly sharing images and updating their fans. Well, filmmaker Zoya Akhtar isn’t much different either. In fact, recently Zoya Akhtar, whose last directorial Dil Dhadkne Do released last year, shared a photograph of her recreating the 1920s era with her friends.

Posting the photograph which also featured her friends and fellow film makers Reema Kagti and Nitya Mehra, Zoya Akhtar added  “Back In The Day #posse #belleepoque #channelingthe20's #delhinights #aparnachandra #arjunbhasin @nityamehra19 @reemakagti1 @abheetgidwani”. The photograph, which features the quintessential sepia look of a faded photograph features the trio along with two other friends garbed in attire reminiscent of the 1920s.

Back on the film front, while Zoya Akhtar confirmed her next venture which is based on street rappers, Reema Kagtis next is the recently announced film Gold that will feature Akshay Kumar. On the other hand, Nitya Mehra hasn’t made any announcement on her next after the Sidharth Malhotra and Katrina Kaif starrer Baar Baar Dekho.