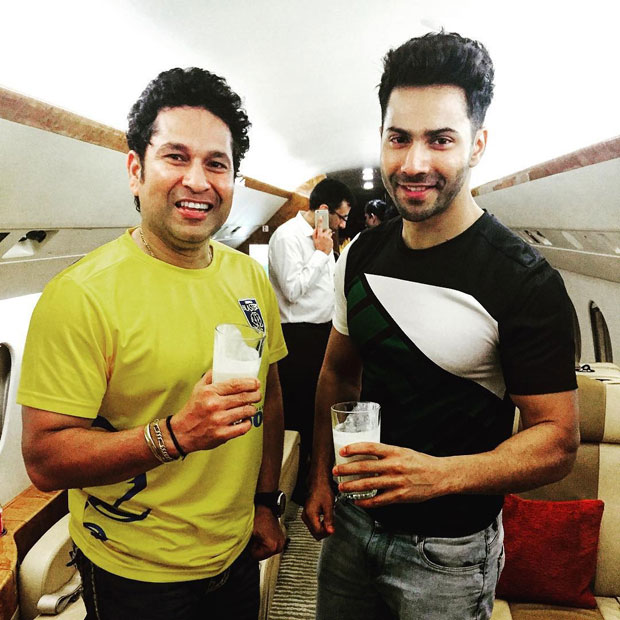 After an action packed release a couple of months ago, Varun Dhawan has now moved on to other work commitments. However, while he was on his way back from Guwahati he got an opportunity to revive memories from his previous film Dishoom promotions as he got to meet the God of cricket, Sachin Tendulkar once again.

Varun Dhawan’s previous release Dishoom dealt with the kidnapping of a renowned cricketer and whilst the promotions, when the actor received a chance to meet The Sachin Tendulkar, he couldn’t stop gushing about it. And now, when Varun was returning from Guwahati after a football related event, he was apparently told that he would be sharing a private jet with Sachin and the actor once again was said to be super thrilled about the opportunity. Not wanting to miss out on it, the Dhawan boy clicked a picture with cricket superstar and also shared it on Instagram saying, “Having lassi with @sachintendulkar. Im very happy right now”.

On the work front, Varun Dhawan will be next seen in Badrinathi Ki Dulhania and he is all set to revive the comedy Judwaa franchise, his father David Dhawan’s directorial where he will be playing a double role.