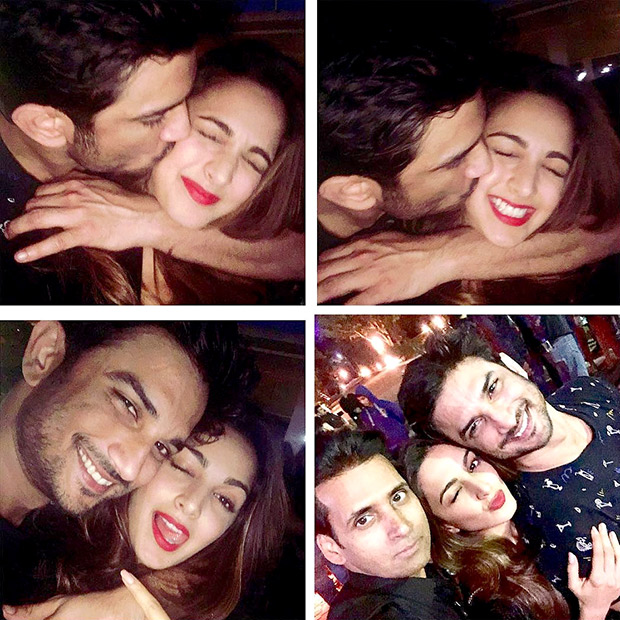 Sushant Singh Rajput has had a pretty impressive year with the success of M. S. Dhoni - The Untold Story. The actor won the audience and critics with his performance in MS Dhoni's biopic.

Sushant Singh Rajput attended the grand birthday bash of Salman Khan last night at his Panvel farmhouse where he reunited with his on-screen wife Kiara Advani. Kiara had played Sakshi Singh Dhoni in the film and after the release, the on-screen couldn't meet each other due to their busy schedules. Sushant squished Kiara with sweet kisses as they reunited after a long time. She shared a photo and captioned it, "This is what happens when you meet @sushantsinghrajput after a long time #SushAttack."

On the work front, Sushant Singh Rajput will be seen in Dinesh Vijan's film Raabta opposite Kriti Sanon. He will be also seen in Homi Adajania's Takadum with Parineeti Chopra.