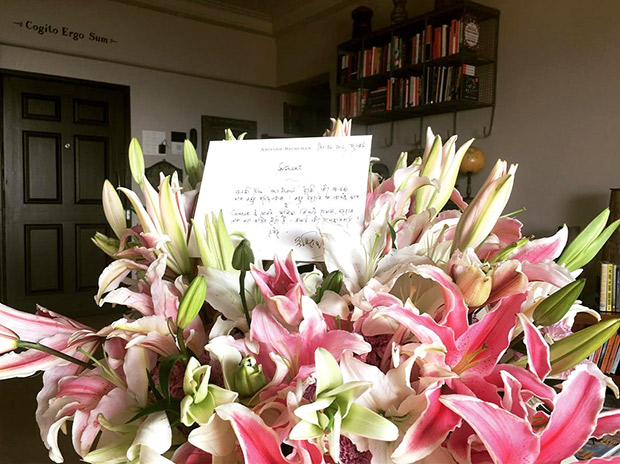 A few days ago, Sushant Singh Rajput had the honour to share an interview with a few of the actors who had given great performances this year. This included Ranbir Kapoor, Amitabh Bachchan, Shahid Kapoor and Diljit Dosanjh. During the roundtable interview, Amitabh Bachchan said that he had not seen the biopic yet due to the shooting schedule but was planning to watch it soon. But, he had seen the trailer and was in awe with Sushant's exact expressions like MS Dhoni during the world cup.

Finally, Amitabh Bachchan did watch the film and sent Sushant Singh Rajput flowers with a handwritten note praising his work in the film. Sushant shared a photo and thanked the megastar for sharing his encouraging words with him. He wrote, "Thank you #amitabhbachchan sir, for your encouraging words. I am extremely glad you liked the performance."