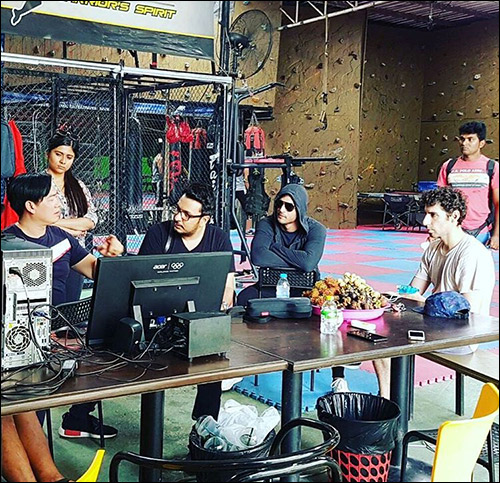 Sushant Singh Rajput, who has of late been in news for his alleged break-up with live-in girlfriend Ankita Lokhande, is currently shooting for his much awaited film Raabta. The actor, who had gone off social media, has returned to the networking sites and recently posted a picture from the sets of the film.

After wrapping up their schedule in Budapest, the team of Raabta is apparently in Bangkok to finish the last leg of the film. Sushant Singh Rajput posted this picture of the team in serious work mode and added, "#TheLastSchedule #Raabta #Training Bangkok..!!" The film has Sushant paired opposite Kriti Sanon for the first time.

Marking the directorial debut of Dinesh Vijan, Raabta is produced by Maddock Films along with T-Series and is slated to release on February 10.