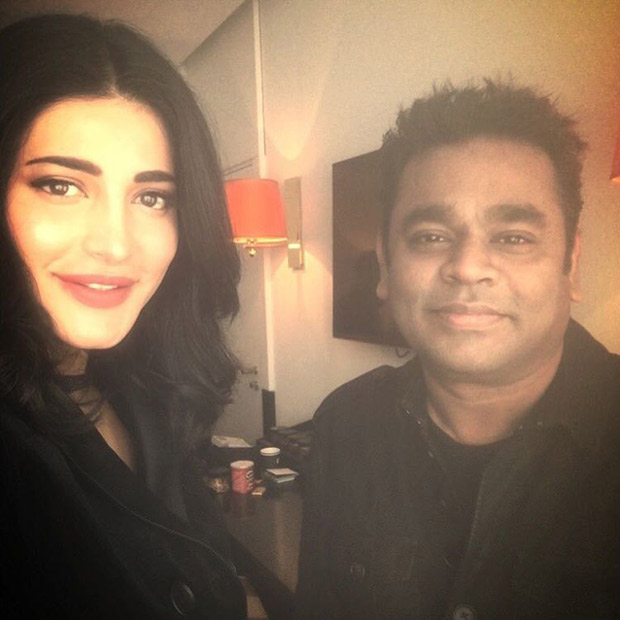 Shruti Haasan finally made her debut at the 70th Cannes Film Festival with Oscar-winning composer AR Rahman to unveil the trilingual film, Sangamithra. 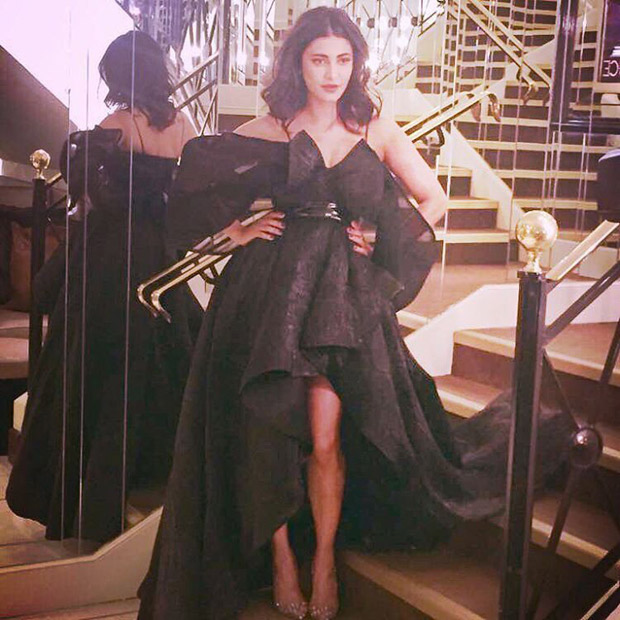 AR Rahman and Shruti Haasan's began the day 1 at Cannes 2017 together with the poster reveal. She shared a photograph with music maestro Rahman and wrote, "Cannes day one begins! Lovely to meet up with the amazing @arrahman again to announce #sangamithra #cannes70." 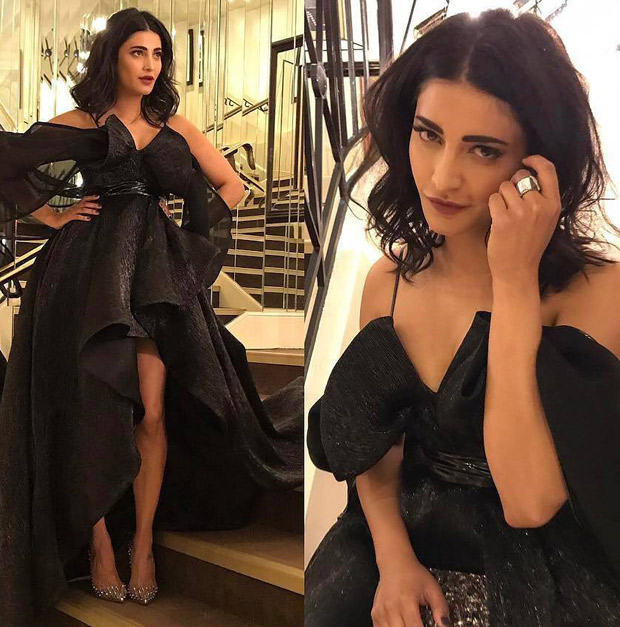 For her appearance on the red carpet, Shruti donned an Avaro Figlio black, ruffled number gown with a pair of studded, silver Christian Louboutin pumps. Messy hairdo, clutch and heels rounded her look. 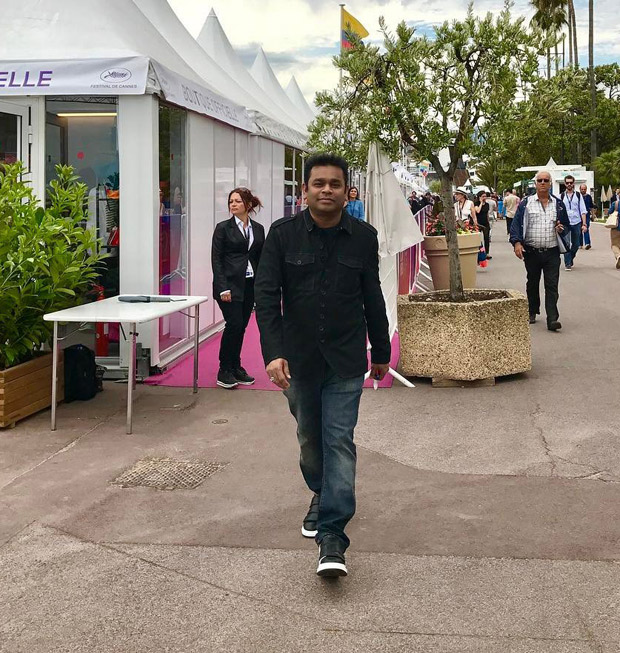 Shruti Haasan plays the titular role in the Hindi, Tamil and Telugu trilingual, Sangamithra. It also stars Jayam Ravi and Arya as the male protagonists. The film is directed by Sundar C, produced by Thenandal Studios and has AR Rahman as music director.