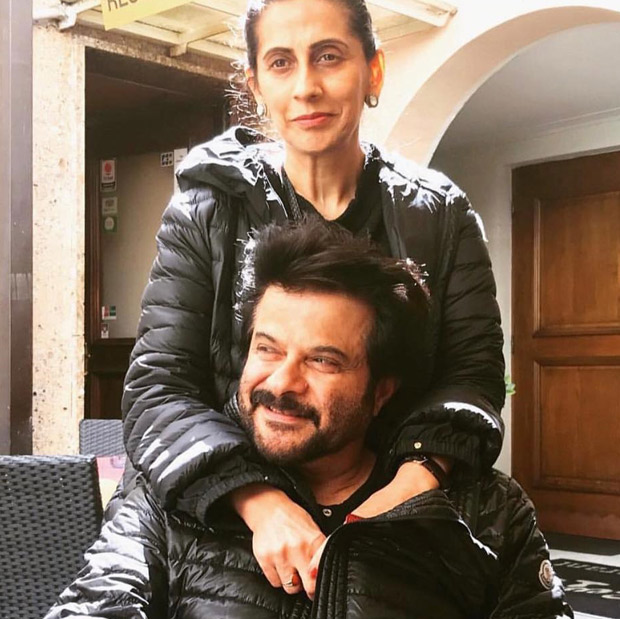 Sonam Kapoor is one a family person. When she is not at work, Sonam Kapoor spends some quality time either with her siblings, parents or cousins. On the occasion of her parents Anil Kapoor and Sunita Kapoor's 33rd anniversary, Sonam Kapoor penned down beautiful words for them.

With sweet photo of her parents, Sonam wrote, "Dear mama and papa.. happy anniversary. The strength that I derive from seeing you guys together and happy is what keeps me going in a world that tries its damnedest to make me cynical. You've proved that love has to be patient, communicative and unrelenting. That forgiveness and compassion are the cornerstones of a healthy and loving bond. Love you guys so much. I hope I make you guys proud. Happy happy anniversary. Love you so much."

Sunita Kapoor also shared a lovely photo sitting beside Anil Kapoor and wrote, "LOVE IS LIKE WINE, IT GETS BETTER WITH TIME ..33 INCREDIBLE AMAZING YEARS."

On the work front, Sonam Kapoor will star in Rhea Kapoor's production Veere Di Wedding starring Kareena Kapoor Khan, Swara Bhaskar and Shikha Talsania. It will be directed by Shashanka Ghosh and will go on floors in August 2017.