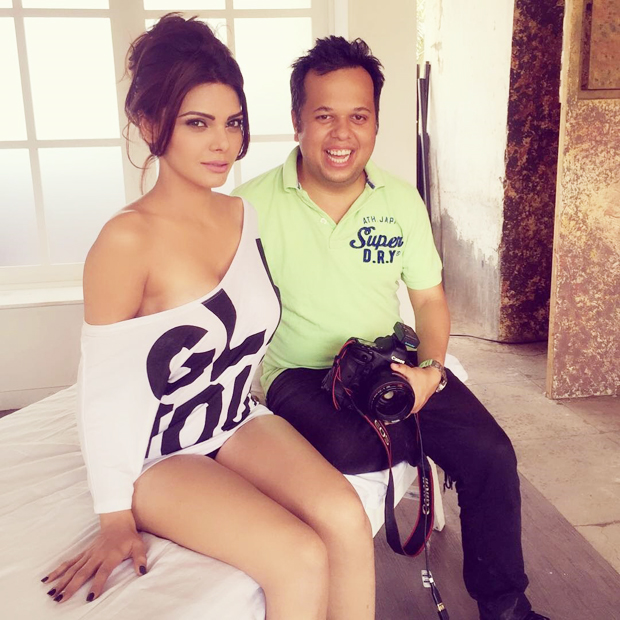 Sherlyn Chopra who went on to shed inhibitions posing topless and nude for the infamous magazine Playboy was recently spotted doing yet another hot photoshoot. The actress who last made a guest appearance in Wajah Tum Ho was recently spotted with fashion photographer Luv Israni for the same.

While the details of the photoshoot are still under wraps, what caught our attention was the attire of the actress. She was seen posing for the photoshoot in nothing but an off shoulder tee flaunting her svelte frame.

In fact, tagging her photographer Luv Israni, Sherlyn Chopra shared this picture on social media and captioned it several hashtags and emojis saying, “@luvisrani #feels #the #happiest #when #we #cocreate #magic #photographyatitsbest.”

Sherlyn Chopra recently also ventured into short films and has already started work on her debut short film titled Maya in which she plays the protagonist.