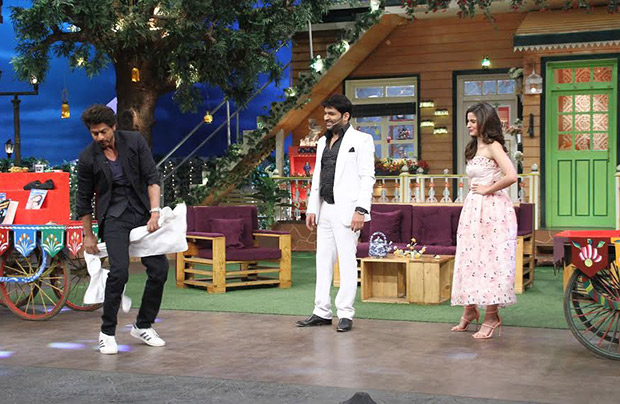 Readers may recall that we had reported about Shah Rukh Khan and Alia Bhatt appearing on the famous ‘The Kapil Sharma Show’, as a part of the promotions of their upcoming film Dear Zindagi.

An insider from the show gave us the scoop that, the said episode that features the impeccable duo of Shah Rukh Khan and Alia Bhatt will see them not just promoting their film, but also turning into ‘salesmen’ for various products and sell the products to the audiences taking resort to some witty selling points. 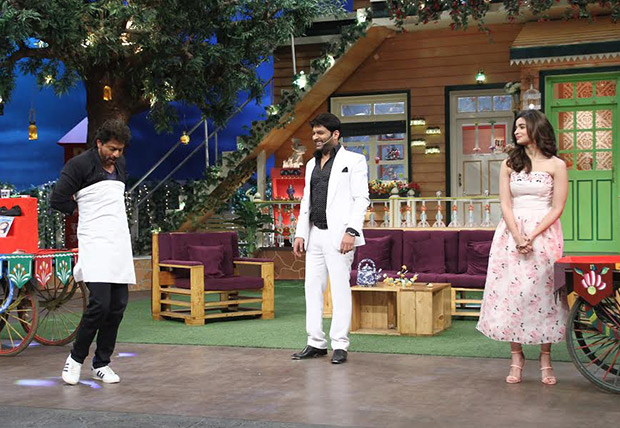 Besides selling corn and a bar of soap, Shah Rukh Khan also sold a towel in the most unique way possible. He said the towel was used by Ranbir Kapoor in Saawariya, Salman Khan in ‘Jeene Ke Hain Chaar Din’ and Kajol in the song ‘Mere Khwabon Mein Jo Aaye’. If that wasn’t ‘luring’ enough, Shah Rukh Khan said that he has also wiped his body with the same towel. All of this resulted in the audience being more than happy to bid a price for the towel and buy it.