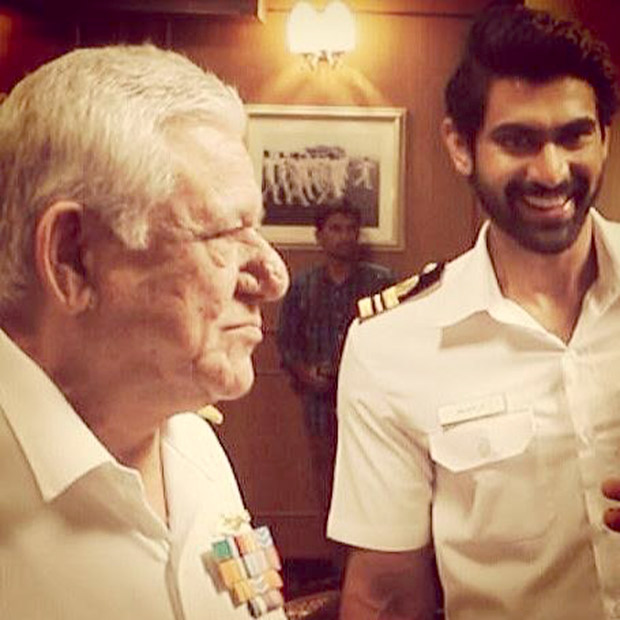 Yesterday morning, the veteran actor Om Puri passed away after suffering from a cardiac arrest at his residence. He was 66 years old and was working for Kabir Khan's Tubelight.

Even though he had acted in only two Telugu films down south, Om Puri had made an everlasting impact in these films. His last movie in Telugu will be the yet to be released Rana Daggubati starrer The Ghazi Attack, in which he will be seen playing a naval head. Rana Daggubati remembered the late actor and said some memorable words of working with him. He shared a candid photograph from The Ghazi Attack’s sets and wrote, "Blessed to have been able to share the last smiles. #RIPOmPuri. Extremely saddened to hear the news of Mr. Om Puri. Worked with him on Ghazi. Such a passionate actor with immense love for the craft. RIP."

The late Om Puri was cremated last evening in Mumbai.

Ranveer Singh gives a glimpse of the iconic…