The recently released trailer of Sanju has taken the excitement of the audience to an all time high owing to the gripping storyline and power packed performances by the ensemble cast. After giving us glimpses into the love life, father-son bond and friendship of Sanjay Dutt, Rajkumar Hirani has taken to social media to unveil the latest poster featuring Manisha Koirala as Nargis Dutt. 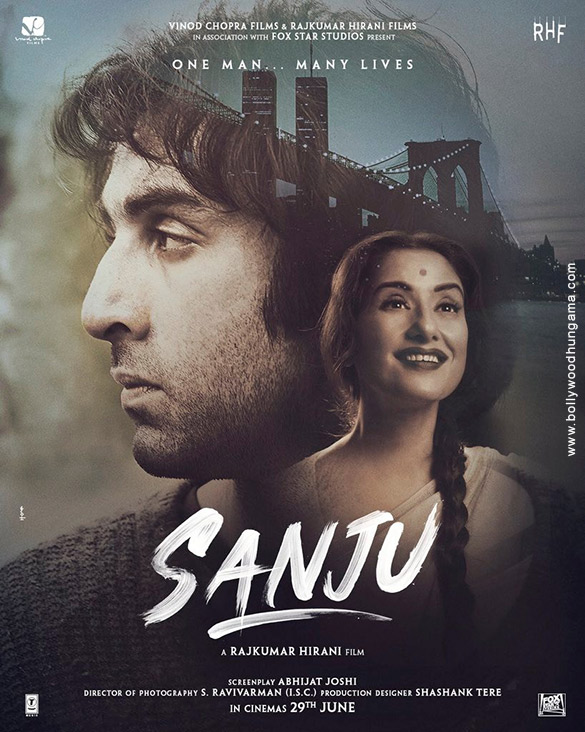 Rajkumar Hirani took to social media to unveil the latest poster featuring Manisha Koirala as Nargis Dutt. The director also revealed the biopic is titled Sanju as Sanjay Dutt's mother and legendary actress Nargis Dutt would lovingly address the actor as Sanju. Showcasing Manisha in the vintage black and white era, the poster presents striking resemblance to the legendary actress Nargis Dutt. After introducing us to the emotional bond between Sanjay Dutt and his mother, Sanju is all set to explore the heartwarming relationship between the mother-son duo. Hirani captioned the poster, “She lovingly called him #Sanju, and now that's what we all do too! Watch the ever so wonderful Manisha Koirala as Nargisji on 29th June.”

Earlier, the director released multiple posters of the film, revealing the varied looks of Ranbir Kapoor from the biopic. All the posters have gained immense appreciation from the audience and critics alike for the striking resemblance to Sanjay Dutt.

Produced by Vinod Chopra Films and Rajkumar Hirani Films in association with Fox Star Studios, Sanju is all set to be released on 29th June 2018.