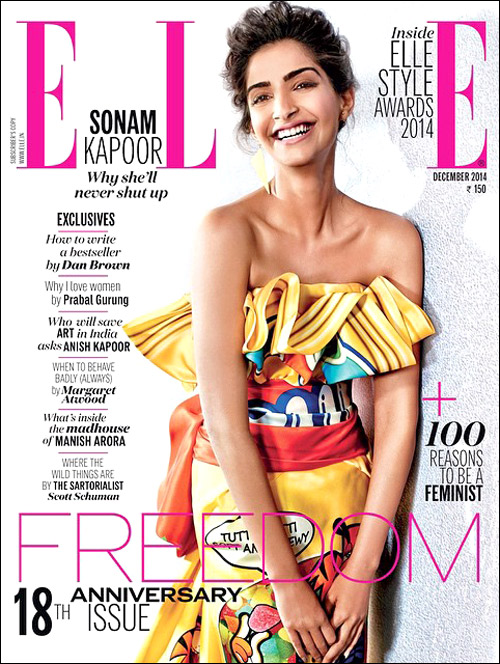 Since her debut back in 2007, Sonam Kapoor has earned the tag of being Bollywood's leading fashionista. Known for her numerous red carpet appearances and of course her films, Sonam Kapoor has fast become a name to reckon with not just in Bollywood but also in the world of fashion. Hence, it comes as no surprise as Sonam Kapoor poses as the cover girl for Elle.

Draped in a Moschino Fall gown from the designer's much loved 2014 collection. Celebrating the magazine's 18th anniversary issue, Sonam Kapoor looks absolutely stunning. However, if just the cover wasn't enough, the magazine also features an exclusive interview with Sonam.

Apart from Sonam Kapoor as its centerfold attraction, the latest issue of Elle also features articles on 100 reasons why to be a feminist, tips on writing a bestseller by novelist Dan Brown and a lot more.