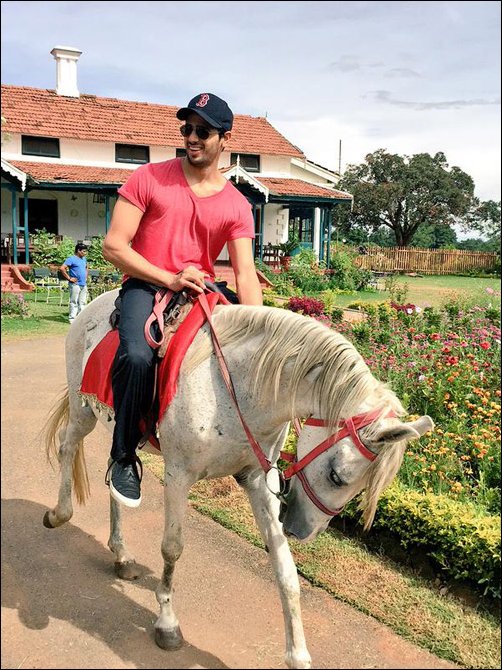 Handsome hunk Sidharth Malhotra, who hasn't had any releases of late, has been exploring his life beyond films. In fact, from vacationing at a beach to getting himself involved in sports, the actor has found interests in a variety of things. And guess who is the one keeping Sidharth busy these days? Simran, the horse.


After cycling on the streets of Coonoor, the actor has taken to horse riding and often spends his time riding his favourite horse Simran. He took to Twitter to not only share a picture with Simran but even spoke about it saying, "Horsing around taking riding lessons ... Have time off !! Say hello to my horse Simran #getoutdoors."


On the Bollywood front, Sidharth Malhotra will soon be gearing for the release of Dharma Productions' Brothers, also starring Akshay Kumar and Jacqueline Fernandez. He has aksi started shooting with his alleged girlfriend Alia Bhatt and Pakistani heartthrob Fawad Khan for Kapoor & Sons.