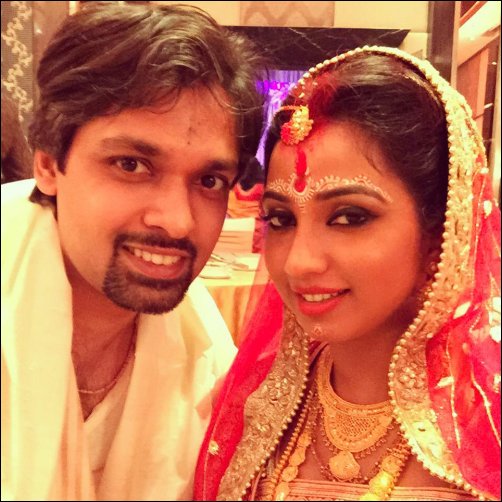 After many speculations over a secret marriage ceremony, it is finally confirmed that National Award winner Shreya Ghoshal has indeed tied the knot with her long time beau Shiladitya. News about a private marriage between the two has been doing the rounds since last evening and the singer finally decided to put an end to all these rumours but taking to Twitter.

Shreya Ghoshal, who has given Bollywood some of its most melodious hits, from 'Bairi Piya' to the recent 'Manwa Lage', has been in a relationship with Shiladitya, the founder of the IT firm 'Hipsack' for over five years. She had previously put up a vague post on January 29 saying, "Don't know if I'm super nervous or super excited.. Never felt like this b4. Whatever I am up to I will let u know soon;) but need ur wishes." Post that, many news websites were flooded with the buzz that the singer has tied the knot secretly.

However, last night, the singer took to Twitter to post a picture of the two after their grand Bengali wedding and wrote, "Married the love of my life @shiladitya last night surrounded by our families n close frnds, exciting new life awaits." We hear that none of her friends from the film industry were informed about this private ceremony.

We at Bollywood Hungama wish the couple a very happy and prosperous married life!