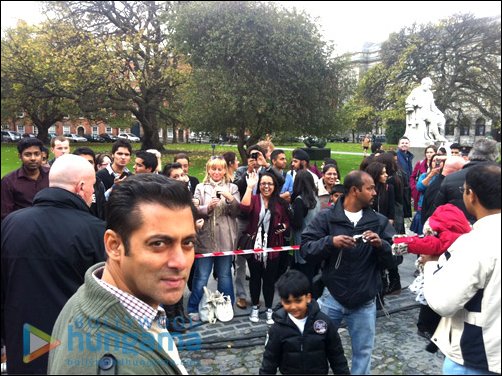 The 'man' is back again; we are talking about none other than Salman Khan. After having delivered back to back superhits, this Box Office's darling is back with yet another thriller called Ek Tha Tiger, a film that really promise to roar at the BO. Bollywood Hungama brings to you a sneak peak at some of images that were shot on the sets of this film, courtesy the film's director Kabir Khan.

Since this is the first time Salman will be seen in an YRF banner, the stakes of the film are absolute red hot at the Box Office!