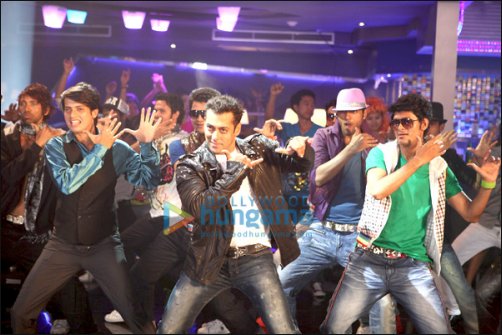 Salman Khan is making sure that his next release Ready too has a full-on dhamaal dance number and this time it's a song called 'Character Dheela'. The song apparently is the best way to describe Sallu's character in the film.


Replete with amusing lyrics and Salman's patent dance moves, the song was shot in Bangkok with 100 dancers especially flown down from Mumbai. Moreover, two separate choreographers - Raju Khan and Mudassar Khan- worked together on the song with Salman to create a total 'Dhamaal' number!


The producers Bhushan Kumar and Rajat Rawail are ecstatic at the way the song has shaped up and are confident that this song will be one of the biggest hits this year.


Ready stars Salman Khan and Asin in the lead and is being directed by Anees Bazmee. The film hits theatres on 3rd June.