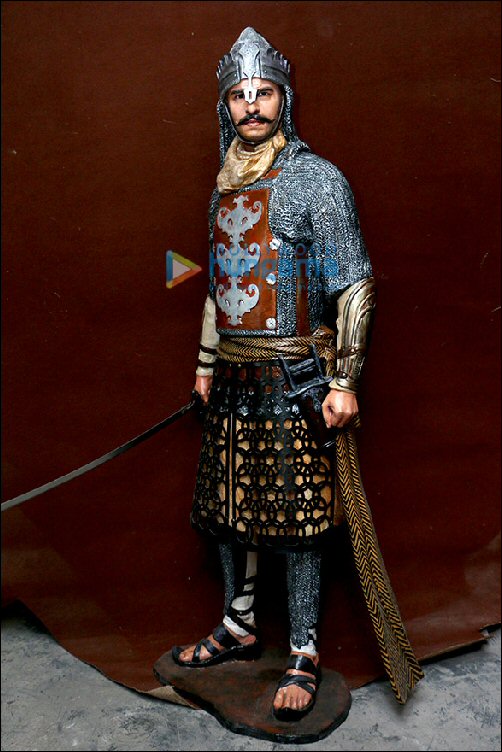 The makers of the soon to release film Bajirao Mastani, featuring Ranveer Singh, Deepika Padukone and Priyanka Chopra are leaving no stone unturned when it comes to promotion. While the film will have a face-off with the Shah Rukh Khan - Kajol starrer Dilwale this December, we hear that the makers of Bajirao Mastani have planned something special in terms of promotion for the film.


In fact, certain theatres across the country will feature life like clay statues of Ranveer Singh draped in his attire of a Peshwa warrior from the film. While the clay sculptures will apparently be placed in every theatre of a certain multiplex chain later this week, we hear that the director of the film Sanjay Leela Bhansali has personally shortlisted a few looks of Ranveer from the film for the multiple variations of the figurines. Further we also hear that the said clay figurines will be six-feet tall.


As for the film Bajirao Mastani which is co-produced by Sanjay Leela Bhansali and Eros International is slated for release on December 18.