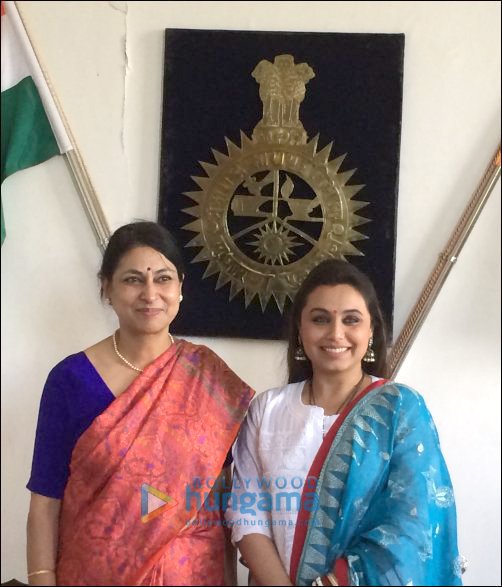 After her hard hitting film Mardaani garnered success at box-office, Rani Mukerji seems to be on a new high. However, the actress does not want to stop for women development and she recently visited the woman who is the inspiration behind the film.

On September 3, Rani Mukerji visited Pune where she met IPS officer Meeran Borwankar, the current Police Commissioner of the city. Sources say that the two were spotted having a quality conversation in her office.

Earlier we had reported that Mardaani, which is based on child trafficking and selling of young girls, is based on a real life cop. Though the police force had maintained that Rani Mukerji visited them frequently to learn the gritty job of a cop, none of them revealed the name on whom Rani's character Shivani Shivaji Roy was based on.

Rani was seen essaying the role of a crime branch officer in the film. However, it was speculated that her role in Mardaani was inspired by IPS officer Meeran Borwankar who was also an investigation officer on the Mumbai 26/11 case.

Directed by Pradeep Sarkar, Mardaani was one of the first films of Yash Raj Films which dealt with a serious issue like human trafficking. The film also starred Tahir Raj Bhasin and Jishu Sengupta.