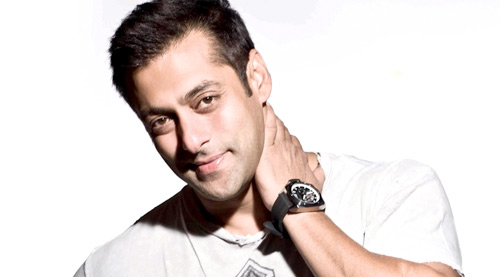 Whatever little tryst he wanted to have with politics in the world of movies, he is done with it post Jai Ho. Now for his Bajrangi Bhaijaan - the shooting of which is yet to kick-start - though Salman would be finding himself amidst some high decibel drama, there won't be any politics in sight.

"Now this is indeed a twist in the tale because director Kabir Khan has always touched upon politics as well as current affairs in each of his films. Whether it was Kabul Express (militancy in Afghanistan), New York (racial profiling in post 9/11 America) or Ek Tha Tiger (secret agents from India and Pakistan), Kabir has tried to bring in entertainment while keeping himself clued to the headlines. In fact, Phantom too is said to be quite close to the current affairs with a global angle to it. However, he is taking a complete shift with Bajrangi Bhaijaan," informs our source.

From the very title, it is quite obvious that Salman Khan is playing to the gallery here with all the right ingredients being put together to make it just the right release for Eid 2015. Though one still cannot ignore the Hindu-Muslim tone in the title Bajrangi Bhaijaan, it is quite apparent that Kabir is trying his hand at his most massy film till date that caters to Salman Khan fans. With Salman and his Eid connection guaranteeing strong footfalls (his Kick was a recent example of that, which comfortably surpassed the 200 crore mark), the idea is to go much bigger with Bajrangi Bhaijaan while leaving the tense world of politics behind.

Kareena Kapoor Khan, who plays a 'brahmin' girl in the film and is the lead opposite Salman Khan (after Bodyguard), vouches for the fact that Bajrangi Bhaijaan is more of a human story that is based on relationships.

"And it is due to this very factor that you would also see that this is Salman's best film till date," declares Kareena, "It is not really topical or political either; relationships hold the key for Bajrangi Bhaijaan."

Well, it would indeed be a 'relationship filled' for Salman Khan, what with one more 'emotions se bharpoor' offering from him in the form of Sooraj Barjatya's Prem Ratan Dhan Payo in November 2015.