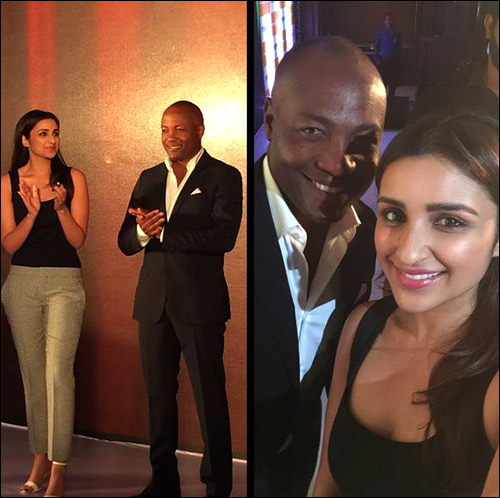 Parineeti Chopra, who was last seen in Kill Dil in 2014, has been spending some 'me' time away from the world of Bollywood. The actress who has been travelling as well as attending many events got an opportunity to meet up with none other than renowned sports personality Brian Lara during an event in Hyderabad.

Parineeti Chopra was more than happy to meet the West Indian cricketer and even posted a collage of two pictures with him from the event on her Twitter handle. She was all praises for him saying, "An honour to have met you !! You are such a humble human being. So touched !! @BrianLara".

Parineeti Chopra is not only busy with endorsements but she is also actively involved in social causes and campaigns that are directed towards development of girl child.