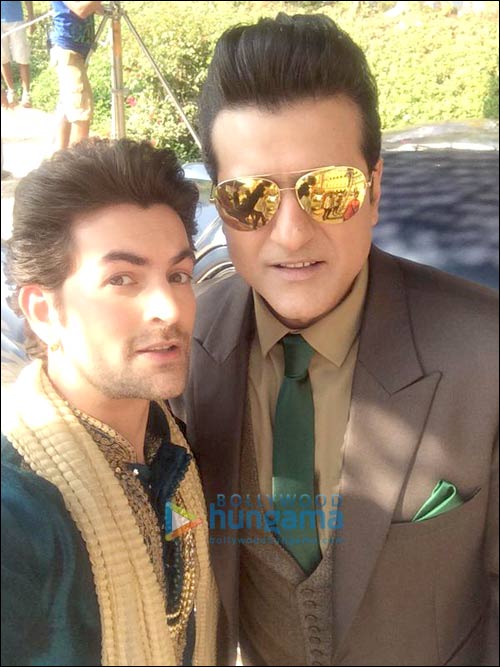 The very moment the film Prem Ratan Dhan Paayo was announced, everyone everywhere was all smiles, for it is this film which will bring together the superhit jodi of Salman Khan and Sooraj Barjatya, together who have given us many smash hits and record breaking films like Maine Pyaar Kiya, Hum Aapke Hain Koun and Hum Saath Saath Hain.

The film, besides having Salman Khan (in a double role), will see Sonam Kapoor as his ladylove. Besides them, the film will also see Neil Nitin Mukesh and also Armaan Kohli, both of whom play Salman's brothers. Armaan, who was in the news recently because of his participation in 'Bigg Boss 8' and also due to his 'relationship status' with Tanisha Mukherjee, is pinning up all the hopes on this film. If the off screen camaraderie of the duo (Neil and Armaan) in the adjoining pic is anything to go by, then, one really can expect fireworks in the film!