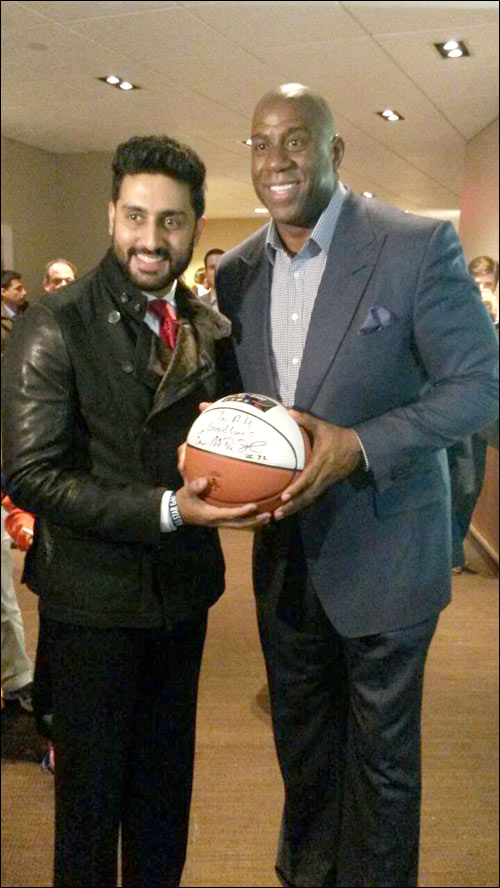 A self-confessed sports fan, Abhishek Bachchan along with his many fellow Bollywood colleagues have taken it upon themselves to promote varied sports in India and to encourage sportspersons from different fields to participate actively in them. Now, the son of megastar Amitabh Bachchan himself had a fan moment when he met the iconic basketball player Magic Johson.


The actor not only posed for the shutterbugs with a broad smile on his face when he met his idol, but also took his autograph on a basketball during the recent NBA All-Star Weekend. Abhishek Bachchan also retweeted the image along with Magic Johnson on his Twitter handle, after it started doing the rounds on the web.


Apart from being an actor, Abhishek Bachchan actively participates in football and cricket leagues. He is also a big football fan who had visited Brazil last year to cheer for his favourite football team during FIFA. He also owns an Indian kabaddi team, Jaipur Pink Panthers which won the Kabaddi League in 2014. interaction spicier and tastier just like the cooking experience.