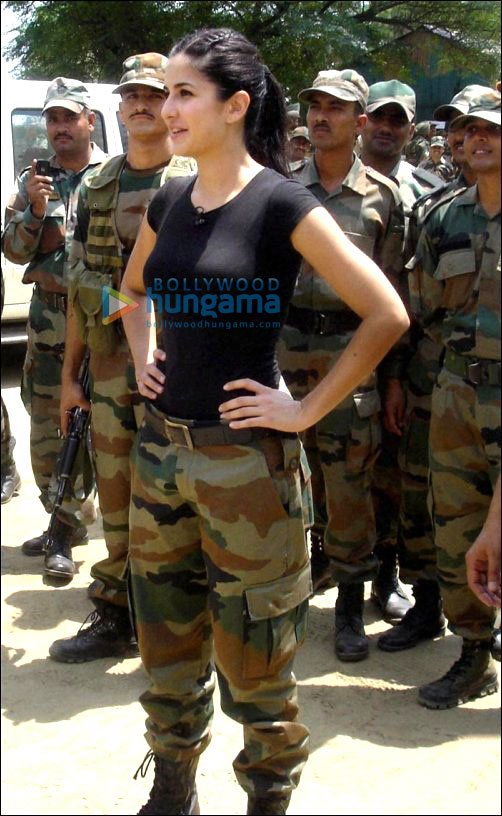 Katrina Kaif is one of the hottest girls on the planet and over the years, she has been stunning us with her various avatars. From her biker chick attitude in Zindagi Na Milegi Dobara to her guitar strumming act in Mere Brother Ki Dulhan, she never ceases to surprise us. Kat now appears as army girl clad in cargo pants. The gorgeous actress was recently in the battle torn realm of Jammu & Kashmir interacting with the Indian troops during a visit to a forward post right on the Line of Control (LOC).

This entire program was undertaken for a television show. Katrina was there on a three day visit along with the TV crew to see the jawans in Janghar at Nowshera sub-sector, Rajouri district. Further the lass even had lunch, and danced with the jawans.

If that wasn't enough taste of realism, Katrina also briefly took part in a counter-insurgency training exercise that included training in firing, rope climbing, river crossing thereby getting a first hand experience of what jawans posted in the border areas, have to go through.

Surely, the jawans had an exciting day with Katrina Kaif being part of their troop for a day.