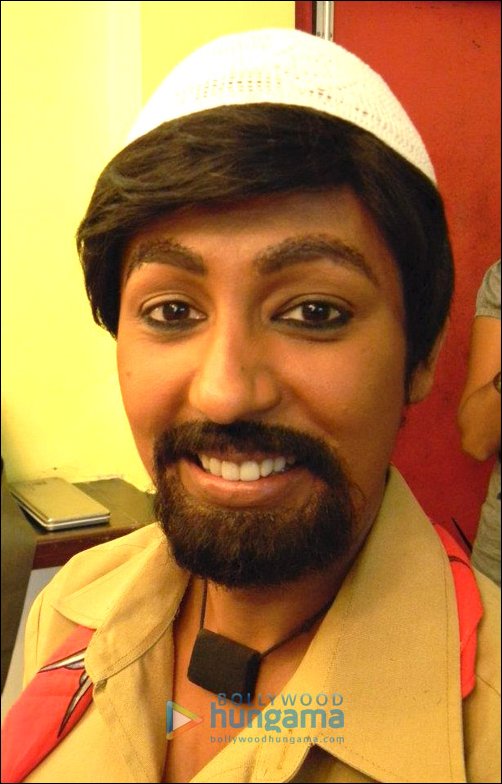 Rani Mukerji did it once, Sridevi also did it, and now it's the turn of Kashmera Shah to do it. Before you run your imaginations wild, let us tell you that, we are talking about actresses who dressed up like a man for their films.

In a recent episode of Channel [V]'s reality show 'Steal Ur Girlfriend', Kashmera Shah (the show host) too disguised herself as a man! Talking about her role as a man, Kashmera says, "Sometimes you have to think like the enemy to win the war. I am not interested in small relationship battles, but more in knowing what makes the men think and behave in a certain way. Moreover, some girls are pretty stubborn and can only be convinced by men. Hence, I had to disguise myself to fool one such girl and give her the much-needed advice from a 'man'."

What remains to be seen is how will Krushna, who is Kashmera's real life boyfriend, reacts to this manly avatar? Talking about which, she says, "Krushna is always borrowing my wigs to play a gal on Comedy Circus, so I've got back at him by flicking some of his clothes. But I guess, when Krushna sees me on air, he would feel proud."

To the whole episode of turning into a man, Kashmera signs off saying, "Even as a man, I look sexier than any other man." Touche' Kash.

"There is so much void and dearth of stories…

Vishal Jethwa, the spine-chilling villain of…