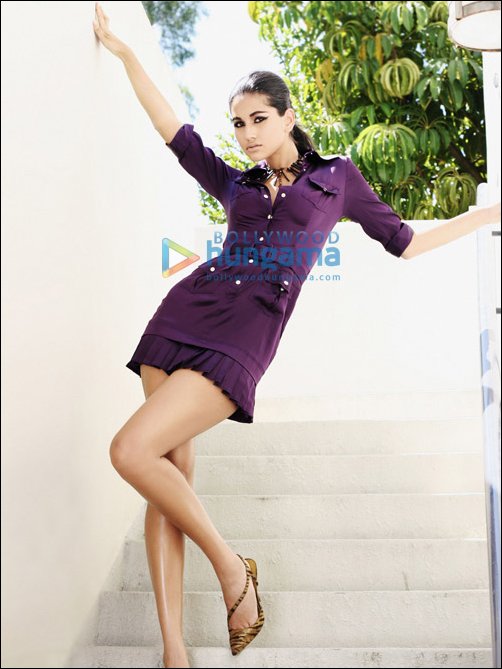 To strike gold twice happens rarely in a lifetime and Anjali Lavania is the new girl on the block who has managed to do so.

She has shot for a Titan watch commercial opposite Aamir Khan as well as Levis jeans commercial opposite Imran Khan. This only being a reminder of the fact that she is the only model/ actress after Kareena Kapoor to have worked with the mamu-bhanja duo.

But Anjali is definitely making her presence felt by doing something like this just at the beginning of her career. "She's has sheer determination and great competitive spirit to keep her ground strong out here in this industry," says a close friend.

Anjali is a former Kingfisher Calendar Girl who discovered modelling as her forte at a very early age. She was spotted by the ace photographer Atul Kasbekar.

Anjali has modelled in New York, Los Angeles and Lakme Fashion week. She will soon be making her debut in a Telugu film called Panjaa opposite Pawan Kalyan.

Aamir Khan thanks the Ministry of Jal Shakti…