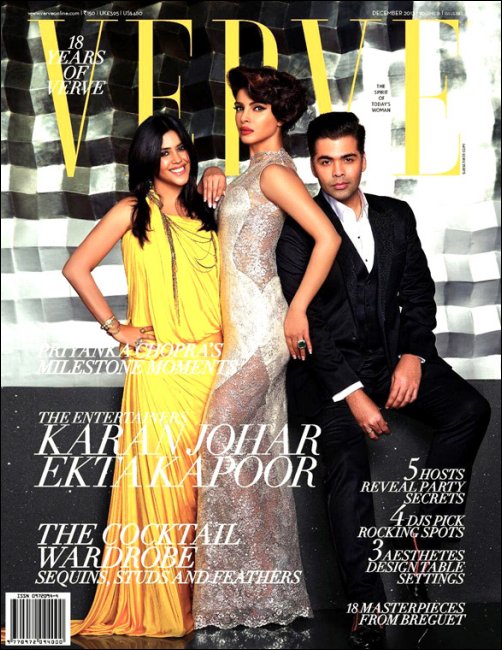 Popular fashion magazine Verve celebrates its 18th anniversary this month and what better way is there to celebrate than to feature some of Bollywood's leading talents on the cover... well that's exactly what the magazine guys did for the December issue of Verve, featuring Ekta Kapoor, Priyanka Chopra and Karan Johar on the cover.


Apart from the main feature the issue also features a fashion detail on the cocktail wardrobe of sequins, studs and leathers.