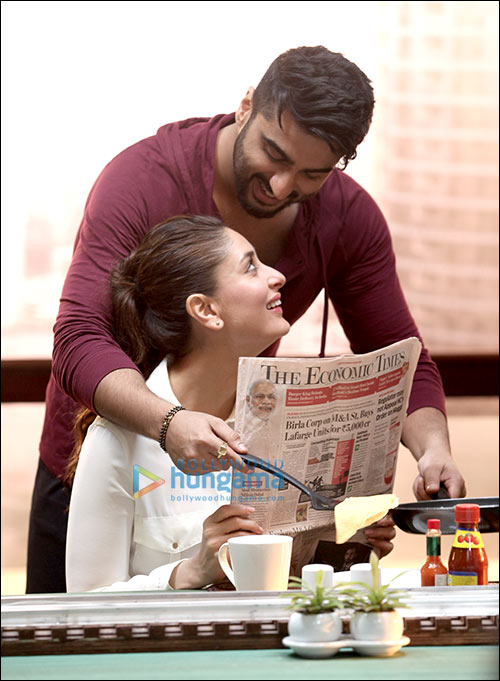 While 2016 boasts of several fresh pairings in Bollywood, one is that of Arjun Kapoor and Kareena Kapoor Khan. The sizzling chemistry of the two who play a couple in the upcoming rom-com Ki and Ka has been the talk of the town since the pictures of the film have been released and here is yet another glimpse of it.


The recently released still of Ki and Ka has Arjun Kapoor preparing breakfast for his working wife aka Kareena Kapoor Khan who is busy reading a business daily trying to track the stock market. The film deals with a plot of role reversal where the stereotypical jobs assigned based on gender have been swapped. Unlike the quintessential ambitious husband and housewife concept, Arjun play a progressive house husband who lovingly supports his wife's ambitions, Kareena, on the other hand, is a super ambitious career woman.


Starring Swaroop Sampat along with Amitabh Bachchan and Jaya Bachchan in a cameo, Ki and Ka is slated to release on April 1.