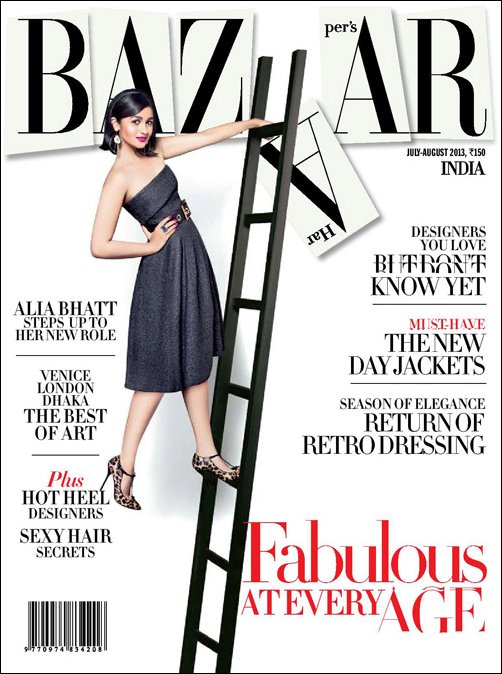 She is proverbially the new kid on the block, but the unprecedented success that this young actress has seen with her debut film Student Of The Year, has literally catapulted her into the limelight. She is none other than Alia Bhatt. While film offers are pouring in on one hand and endorsements on the other, the newbie recently posed for Harper's Bazaar as their cover girl.


Interestingly styled, Alia sports a chic bob cut hairdo with a strapless grey Gucci dress and leopard-print stilettos while walking up a ladder. The cover which actually is a tribute to a 1959 cover by model Dovima that originally signified the addition of an extra 'A' to Bazar, had even Hollywood actress Anne Hathaway pose similarly back in February.


If Alia isn't enough, the magazine also features articles on the return of retro dressing and a feature on designers you love but don't know yet.