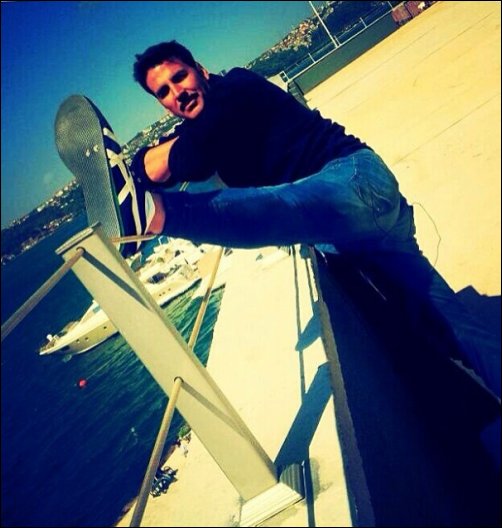 After announcing yet another thriller with Neeraj Pandey titled Baby, the action hero Akshay Kumar is all set to do some more of his stunts in the upcoming film. The crew is currently situated in Istanbul for shooting and Akshay recently just gave us a glimpse of his warm up sessions.

Posting the picture on the social networking site, Akshay wrote, "Warmin up 4 an intense Action sequence 4 Neeraj Pandey!! He's definitely makin me run 4 my $ in Glorious Istanbul ;)" Prior to this, Akshay was seen in a military avatar while the crew was shooting in Kathmandu, Nepal.

Baby also stars Tapsee Pannu and is slated to release on January 26, 2015.