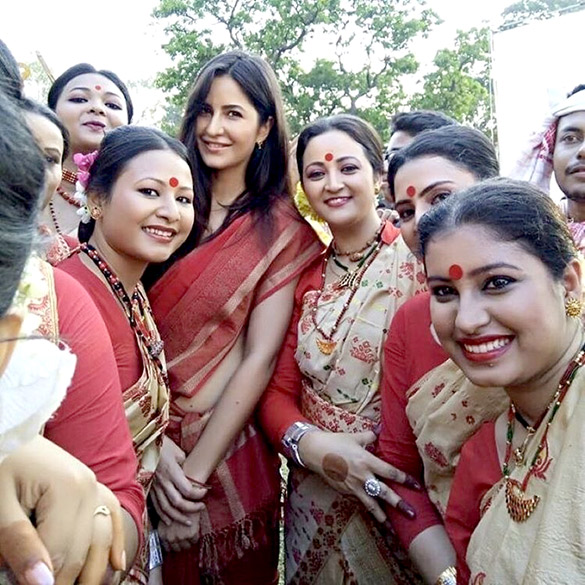 After the unexpected non-performance of Baar Baar Dekho, Katrina Kaif is extremely particular about the films that she signs. One film that has already been in the making for quite some time now is the Anurag Basu directed Jagga Jasoos.

While there has been much said and written about the film, we recently got our hands on an extremely adorable photograph of the stunning Katrina Kaif in a saree. She was clicked while she was shooting for Jagga Jasoos. Looking at Katrina Kaif and her fellow dancers, one does get a feel that this could have been photographed while they were shooting for a song sequence.

Besides Katrina Kaif, Jagga Jasoos also stars Ranbir Kapoor in the lead. While the film is being produced by Disney India, it is scheduled to release next year.