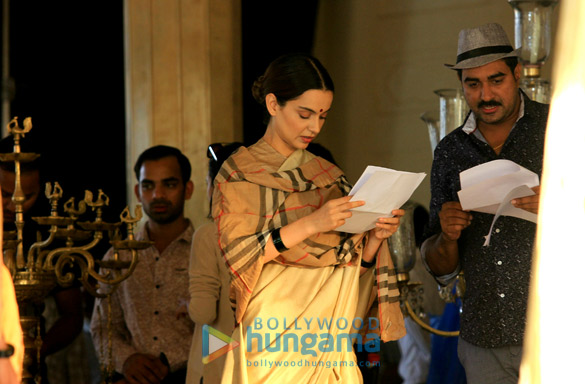 Kangana Ranaut is known to get into the skin of the character in her films. Now, the actress has taken up yet another challenging role of Rani Lakshmibai in Manikarnika: The Queen of Jhansi. The training for the film began a few months ago as the film will have some high octane fight sequences. 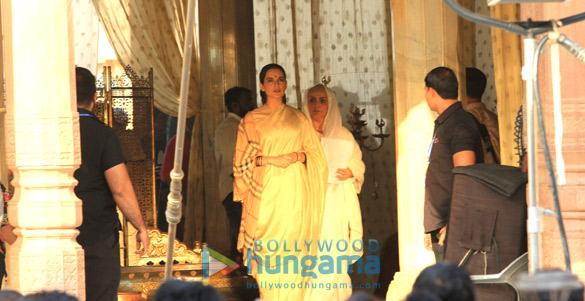 On Wednesday, Kangana Ranaut was snapped on the sets of the film in Jaipur. Donning a beige colour saree with burberry shawl wrapped around, Kangana was snapped rehearsing some lines before the shot. Side parted tied hair and simple makeup rounded her look for the film.

Besides this, Kangana Ranaut has been taking horse riding lessons and learning sword fighting techniques to perform her own stunts. 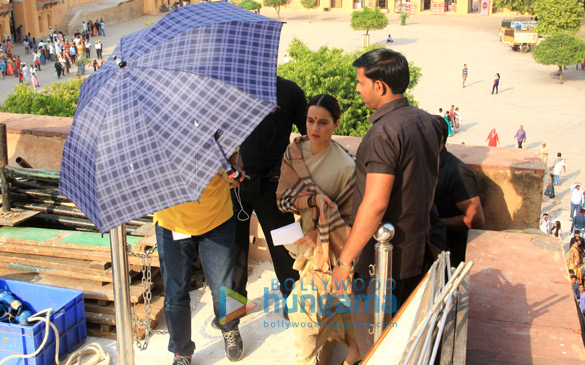 Directed by Krish, Manikarnika: The Queen of Jhansi also stars Atul Kulkarni, Ankita Lokhande and Suresh Oberoi in pivotal roles. The film is slated to release on April 27 next year.