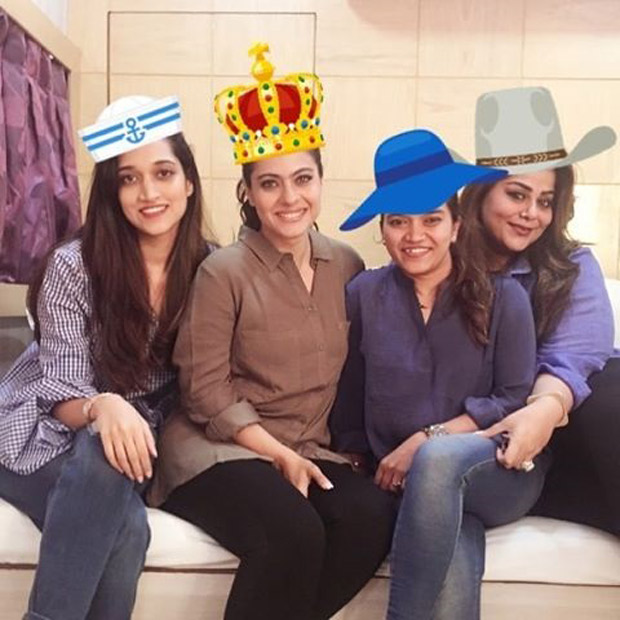 Kajol seems to be keeping very busy lately. The actress recently wrapped up shooting for her Tamil film, Velaiilla Pattadhari 2 aka VIP 2. Kajol is all set to play an antagonist in the film opposite South star Dhanush.

On Wednesday, Kajol shared a quirky photo with her team who help her to glam up. Posing alongside her makeup artist and hairdresser, she added from crown filters. She captioned the phoot, "Hats off pls ;)" Dressed in brown top with black leggings, Kajol was on the sets of an ad film.

Kajol returning to screens with her Tamil film VIP 2 in June 2017.