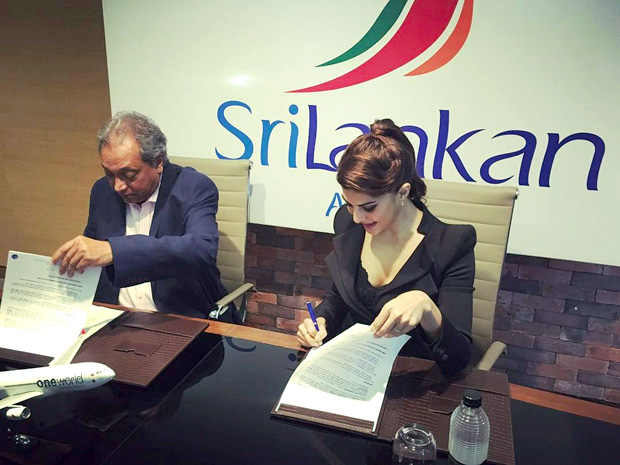 From being a journalist to a beauty queen to an actress, Jacqueline Fernandez definitely has had a long journey.  The actress hails from Sri Lanka and she has always ensured that she keeps ties with her home country intact. From acting in Lankan films to her recent endorsement deal, the actress is a popular face there too. And as we had earlier mentioned, Jacqueline Fernandez has been roped in as the face of Sri Lankan Airlines.

Sharing a picture of her signing the deal amidst the presence of the board, Jacqueline Fernandez posted it on her Instagram page with a note that read, “Happy Independence Day Sri Lanka!!! So proud to officially announce my association with Sri Lankan airlines today!! Thank you for making me a part of your family!!!! #flysrilankan.” As mentioned by the actress, she sealed the deal on the most celebrated day of the country, on its Independence Day, which was on February 4.

On the Bollywood front, Jacqueline Fernandez was last seen in Dishoom and she recently appeared on Koffee With Karan with her co-star Sidharth Malhotra as the two will be seen in the forthcoming action packed film, Reloaded. She has also been signed for David Dhawan’s Judwaa 2 opposite Varun Dhawan.